YITSKHOK KOVALSKI (ISAAC KOWALSKI) (b. September 12, 1920)
He was born in Vilna.  He worked in his father’s publishing house.  He was active in the FPO (United Partisan Organization) in the Vilna ghetto.  He created a secret print shop, and there he published anti-Nazi materials.  After the war, he cropped up in various survivor camps in Europe and later settled in New York.  He wrote articles for Baderekh (On the road) in Rome (in Yiddish, edited by B. Cohen), Lenitsokhn (To victory) in Rome (in Yiddish), Unzer velt (Our world) in Munich, and Unzer tsil (Our goal) in Austria.  He edited the collection Tsum zig (To victory) (Bergen-Belsen).  In book form: Di geheyme drukeray fun yidishn untergrund in lite un vaysrusland (The secret publisher of the Jewish underground in Lithuania and Byelorussia) (New York, 1953), 71 pp.; and in a considerably expanded form in English: A Secret Press in Nazi-Europe: The Story of a Jewish United Partisan Organization (New York, 1969), 416 pp. 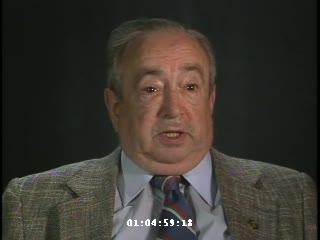