SHOSHANE KAHAN (ROSE SHOSHANA) (June 25, 1895-November 2, 1968)
An artist and novelist, she was born in Lodz, Poland.  Her actual name was Ester-Ruda Kahan, and she was the wife of Lazar Kahan.  She was orphaned at age eight.  While still young, she began to perform in Yiddish theater.  Over the years 1926-1939, she lived in Warsaw.  During WWII she roamed as far as Shanghai, and from 1947 she was living in New York.  Her entire life, she was connected to the Yiddish stage.  She wrote plays, dramatized novels, and translated dramas, and she herself performed in a variety of countries.  In 1912 she debuted in print with a translation for Lodzer tageblat (Lodz daily newspaper).  Over the years 1924-1930, she published novels and ran a women’s section of Hayntige nayes (Today’s news) edited by Ester Brovarska, Warsaw’s Radyo (Radio) edited by Manya Friling, and Unzer ekspres (Our express) which she edited under the name of Ruzha Yakubovitsh.  From 1947 she was a regular contributor to Forverts (Forward) in New York, in which she published (from February 15, 1947 until October 8, 1968) twelve novels (under the pen name Rose Shoshane), among them: Ven a harts is yung (When a heart is young), Dos geyeg nokh glik (The hunt for happiness), Far zeyer zind (For their sin), and Yung blut (Young blood).  She also ran a daily column entitled “Di froy un di heym” (The woman and the home), using the pen name Rose Mary.  Her novels were published or republished in newspapers in Lithuania, Argentina, and elsewhere.  She translated the plays: Der friling (The spring) by H. Tsimerman; Yener (That one) by Gabriela Zapolska; Zind un shtrof (Sin and punishment) by Émile Zola; Di froy vos hot derharget (The woman who committed murder) by Herricks; Di reter fun moral (The saviors of morality) by Propan (with her husband, Lazar Kahan).  She dramatized Farberovich’s Urke nakhalnik (Urke Nakhalnik) and her own novel Bashke (Bashka).  In book form: In fayer un in flamen (In fire and in flames) (Buenos Aires: Dos Poylishe Yidntum, 1949), 399 pp.; and Karl Schoenherr’s drama Tayvels vayb (The devil’s wife [original: Weibsteufel]) (Lodz (1921), 56 pp. (with her husband).  She often appeared on stage as Rose Shoshana.  She died in New York. 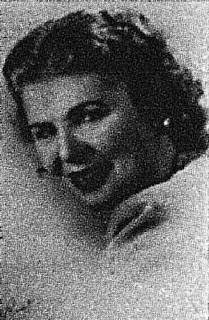