MOYSHE KAHANOVITSH (MOSHE KAGANOVICH) (b. December 5, 1909)
He was born in Ivye (Iwie, Iwye), Vilna district.  He studied in religious elementary school and in the Lide (Lida) Tarbut high school.  He debuted in print in 1928 in the Vilna daily newspaper Tsayt (Times) with a series of articles on the Tatars in Poland.  He also wrote for Vilner tog (Vilna day), Warsaw’s Moment (Moment), and Unzer vort (Our word), among other serials.  In 1929 he moved to Lemberg and wrote for Morgn (Morning) (from the beginning of 1930 it was known as Lemberger togblat [Lemberg daily newspaper]).  In 1943 he escaped from the Iwie ghetto and became a fighter in partisan detachments.  From 1945 to 1949, he lived in Rome where he edited the monthly journal Farn folk (For the people) and co-edited Baderekh (On the road) and In gang (In progress).  From 1949 he was living in Israel.  His works include: Der yidisher onteyl in der partizaner-bavegung fun sovet-rusland (The Jewish participation in the partisan movement in Soviet Russia) (Rome, 1948), 402 pp.; Der kamf fun di yidishe partizaner in mizrekh-eyrope (The struggle of the Jewish partisans in Eastern Europe) (Buenos Aires, 1956), 2 volumes, translated from his Milḥemet hapartizanim hayehudim bemizraḥ-eropa (Tel Aviv, 1954), 435 pp.  He also co-edited Leksikon hagevura (Biographical dictionary of Jewish resistance) (Jerusalem, 1965), 214 pp. 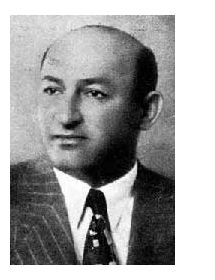