YISROEL-MEYER (ISRAEL MEIR) KAGAN (CHOFETZ-CHAIM) (January 27, 1839-September 16, 1933)
He was born in Zhetl (Dziatlava), Grodno district, Russia at that time.  He was orphaned in his youth on his father’s side, and at age seventeen he moved with his mother to Vilna.  After marrying he settled in Radin (Raduń).  He was recognized as the most brilliant mind of his generation, but he had no wish to become a rabbi.  Initially his wife supported their household from a small shop, which she maintained, and later he made a living from sales of his religious texts.  He became celebrated as the “Chofetz-Chaim” (Desirer of life) because of his text on morality with this very title, which was published anonymously in 1873 in Vilna, and the title of the work became attached to the author.  Of his many religious works—such as Sefer shemirat halashon (Volume on watching one’s tongue), Mishna berura (Clarified teaching), and Likute halakhot (Compendium of the law), among others—especially well known is his text Maḥane yisrael (The camp of Israel) (Vilna, 1881), which he wrote for Jewish soldiers stationed in distant places with the Russian army and aimed at teaching them how to observe their Jewishness, while not violating their presence in military service.  A great moralist, he strove to spread good character traits and to strengthen the faith through Yiddish.  He published several of his religious works in Yiddish translation beneath the Hebrew text.  Especially well embraced among them was his work Nidḥe yisrael (The dispersed of Israel) (Warsaw, 1893), 294 pp., with a supplementary text “Tiferet adam” (The glory of man), 32 pp., and a preface in both Hebrew and Yiddish, in which he explains the goals of his treatise.  On the frontispiece of the text, the author writes: “Due to suggestions from many people, it was necessary that this useful work be available to everyone, and we have thus composed it in a simple Yiddish which everyone should be able to consult, for one will find discussed within important matters of our holy faith which every Jew must know and preserve, particularly those living in distant places.”  This work appeared in numerous editions, the last in Hebrew, Yiddish, and English, with a preface by his son Arn (Aharon) (New York, 1951), 330 pp. in Hebrew and Yiddish, 373 pp. in English.  Two of his works—Geder olam (Safeguard for the world) (Warsaw, 1891), 45 pp.; and Taharat yisrael (The purity of Israel) (Warsaw and Pyotrikov, 1895), 45 pp.—were published in both Hebrew and Yiddish, the last edition in 1947 in Munich.[1]  In the Yiddish translation of his religious texts, Ben-Tsion Alfes and his son-in-law Rabbi Hirsh Levenson (who was head of the Chofets-Chaim Yeshiva in Radin) offered him assistance.  A portion of his sermons, essays, and letters regarding encouragement of Torah were also published in Yiddish under the title Eyts khayim (Tree of life) (Vilna, 1926), 80 pp.  The last fifteen years of his life, he was drawn into activities of the Agudat Shelume Emune Yisrael (Organization of the peaceful and faithful of Israel) in Poland, and he took part in its gatherings in Vienna and Warsaw.  He died in Radin.  In his memory a series of volumes in Yiddish and Hebrew was published, among them: M. M. Yashar, Dos lebn un shafn fun khofets khayim (The life and work of the Chofetz-Chaim) (New York, 1937), 334 pp., in Hebrew (Tel Aviv, 1959), 780 pp.; Kh. Volf, Der khofets-khayim, der frumster id in unzer dor (The Chofetz-Chaim, the most devout Jew in our generation) (New York, 1940), 74 pp.; Der khofets khayim zts״l (The Chofetz-Chaim, may this righteous person be blessed) (Landsberg, 1946), 16 pp.  A number of Agudat Yisrael kibbutzim were named after him by former concentration camp inmates in Germany, as well as a number of institutes in the state of Israel and a yeshiva in New York which is known as the “Yeshivas Chofetz Chaim,” 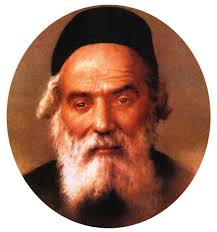 [1] Translator’s note.  Much later editions of both of these works have appeared since this entry was initially written. (JAF)
Posted by Joshua Fogel at 06:38