TSVI COHEN (ZVI CAHN) (July 18, 1885-April 22, 1968)
He was born in Loyvitsh (Lovich, Łowicz), Warsaw district, Poland.  He studied in religious elementary school and in synagogue study chamber.  He was also a pupil of the Gaon of Sochaczew, from whom at age seventeen he received permission to officiate as a rabbi, but this was later broken off, and he took up studying secular subjects.  For several years he worked as a Hebrew teacher in various cities in Russia, at the same time completing his education and for a time studying psychology at Berlin University.  From 1906 to 1918, he lived in Lodz, Berlin, Warsaw, and Częstochowa, where he was active in the Zionist socialist workers’ party.  In 1920 he moved to the United States.  Over the years 1924-1928, he studied philosophy at Dropsie College, from which he received his doctoral degree for a work entitled The Rise of the Karaite Sect.  He was already writing stories in his synagogue study hall days, and he debuted in print with a story entitled “Takhlit” (Purpose) in Had hazman (Echo of the times) in Vilna (1907).  From that point, he published poems, stories, essays, fables, feature pieces, articles, and scholarly treatments in: Had hazman in Vilna; Hadegel (The banner) and Hameorer (The awakening), edited by Y. Ḥ. Brenner in London; Hatsfira (The siren) in Warsaw; and other serials.  He was the main contributor to Lodzer nakhriten (Lodz reports) (1907-1908), where he also wrote under the pen names Tsvi and Tsvia.  Over the years 1908-1916, he was an internal contributor and for a time co-editor of Lodzer tageblat (Lodz daily newspaper), while simultaneously contributing to: Der fraynd (The friend) and Unzer leben (Our life) in Warsaw.  In 1916 he was editor of Tshenstokhover tageblat (Częstochowa daily newspaper), and then he was a contributor to Lazar Kahan’s Lodzer folksblat (Lodz people’s newspaper), in which among other things he published (using the pen name Y. Feygenboym) stories of Jewish troubles in the years 1914-1915 in Poland (later reprinted in the two-volume Shvarts bukh [Black book]).  He was the literary director, 1918-1920, of Haynt (Today) and of the “Vokhenblat far handel” (Weekly paper for business), Der soykher (The businessman), in Warsaw—he also edited the latter in 1918.  In New York he contributed to Morgn-zhurnal (Morning journal) in 1921, Yidishes tageblat (Jewish daily newspaper) in 1922-1928, and Der tog (The day) in 1924-1927, where he published, among other items, “Hundert mayses on a sof” (One hundred stories without an end), later reprinted in Di idishe tsaytung (The Jewish newspaper) in Argentina.  From 1930 he was internal contributor to Forverts (Forward) in New York, for which he wrote “Stories More or Less” (using the pen name Shmuel Vinitser) and ran the division “Answers about Social Security” (writing as H. Firsht).  He also placed work in: Dos yudishe folk (The Jewish people), Idisher kemfer (Jewish fighter), Der kundes (The prankster), Fraye arbeter-shtime (Free voice of labor), Der emes (The truth) for which he was also editor in 1935, Tsukunft (Future), Yidish shprakh (Yiddish language), Der idisher emigrant (The Jewish emigrant) for which he was editor in 1922, Poylishe id (Polish Jew), Hadoar (The mail), and Haivri (The Jew)—in New York; Heftn far literatur (Notebooks for literature), Yugend (Youth), Der yudisher zhurnalist (The Jewish journalist), Di yetstige tsayt (Contemporary times), and Literatur (Literature)—in Lodz; and Blumen (Flowers) for which he served as editor in 1918, Ilustrirte literarishe bleter (Illustrated literary leaves), and Der shpigl (The mirror) in Buenos Aires; among others.  In the memorial volume Tshenstokhov (Częstochowa) (New York, 1958), he published a number of writings (pp. 11-25, 110-29).  In book form he published: Betevel (On the ground), fables (Warsaw, 1912), 64 pp.; Fun tiefen hartsen (From deep in the heart), “stories, legends, and Prose poems” (Warsaw, 1914), 72 pp.; Shvarts-bukh, di laydn fun mayn folk (Black book, the sufferings of my people), with a preface by the author and a poem “Eykhe” (Lamentations) on the Jewish war victims (Lodz, 1917), part 1, 64 pp., part 2, 128 pp.; Dertseylungen (Stories) (Warsaw, 1918), 96 pp.; Dos lid fun oysleyzung (The song of redemption), a poem (New York, 1935), 79 pp.; Idishkeyt farn modernem id, di grund-problemen un tsilen fun der bavegung nay-idishkeyt (Judaism for the modern Jew, the fundamental issues and goals of the new Jewishness movement) (New York, 1941), 48 pp.  He composed a dramatic trilogy from the world of Hassidism: Der rebe fun kotsk, a drame in dray aktn (The rebbe of Kotsk, a play in three acts) (New York, 1950), 136 pp.; Der rebe fun barditshev, drame in dray aktn (The rebbe from Berdichev), with a prologue and epilogue and an essay entitled “Di dray oves fun khsides” (The three fathers of Hassidism) (New York, 1952), 189 pp.; and Der rebe fun lyadi (The rebbe from Lyadi), on the Bal-Hatanye (Master of the Tanya), three acts with prologue and epilogue, published serially in Ilustrirte literarishe bleter in Buenos Aires (1960-1961).  He translated the three dramas himself into Hebrew and published them under the title Shelosha ketarim (Three crowns) (Tel Aviv, 1954), 520 pp.  Subsequent works include: Di filozofye fun identum (The philosophy of Judaism) (New York, 1958), vol. 1, 320 pp., vol. 2, 419 pp.—earlier published in Forverts; Shturmishe doyres, historisher roman (Tempestuous generations, a historical novel) (Buenos Aires, 1959), vol. 1, 306 pp., vol. 2, 349 pp.; Di heldn in der velt-geshikhte (Heroes in world history) (Tel Aviv: Perets Publ., 1961), vol. 1, 354 pp., vol. 2, 440 pp.—earlier published in the Saturdays issues of Forverts (1959-1961).  From German into Yiddish, he translated Asis Doment’s Josef Trumpeldor: Trauerspiel in drei Akten (Joseph Trumpeldor, a tragedy in three acts)—published in Amerikaner (American) in New York (1928).  He also composed the theatrical pieces: Shvigers (Mothers-in-law), Soldat avrom milner (The soldier Avrom Milner), and Der sheyner veg (The beautiful path), which were performed (1915-1917) in the Yiddish theater in Lodz.  He also wrote for English-language Jewish periodicals in America and published in book form: Canadian Jews and The World and the Jew: An Accusation (New York, 1940s), 31 pp.  He also wrote under such pen names as: Tsvi, Tsvia, M. Izakson, Gamliel, H. Feyges, H. Feygeles, Y. Feygenboym, B. Avromski, Dr. H. Lurye, and Herman.  He died in New York. 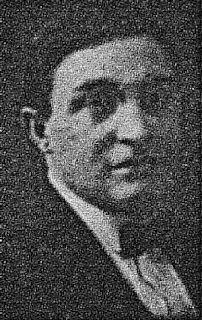