IDOV (SHAYE-DOV) COHEN (November 4, 1909-May 16, 1998)
He was born in Mihăileni, Dorohoi area [Botoşani County], Romania.  He was a leader of the Zionist youth organization “Hanoar Hatsiyoni” (Zionist youth).  Over the years 1933-1939, he served as general secretary and later director of the Jewish National Fund in Romania.  In 1939 he made aliya to Israel.  He was one of the founders and general secretary of Histadrut Olei Romania (Federation of Romanian emigrés to Israel).  In 1942 he joined the main office of the Jewish National Fund and in 1947 the action committee of the Histadrut (Federation of labor).  He was a cofounder of the general Zionist Progressive Party and a delegate from it to the first Knesset.  He published stories and articles, 1924-1925, in Unzer vort (Our word) and Unzer veg (Our path) in Bucharest.  He also published Zionist articles in Romanian.  From 1927 he contributed to the radical Zionist weekly Renașterea Noastră (Our rebirth), and until 1933 he was also a co-editor of the Zionist daily Știri din Lumea Evreească (News from the Jewish world) in Bucharest.  His volume in Yiddish Afn eygenem veg (On my own path) (Tel Aviv: Haoved Hatsiyoni), 111 pp., was published in 1948.  He later published: Shikhḥa veleket (Gleanings and forgotten [produce for the poor]) (Tel Aviv, 1976), 127 pp., which appeared in part earlier in Yiddish.  He translated many works into Hebrew from English, French, German, and Romanian. 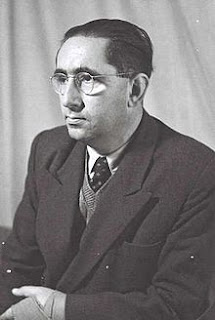