A poet and playwright, he was born in the town of Rahachow, Byelorussia.  His father was an expert in forestry. His family worshiped learning, yet there was no opportunity to pay for tuition for Shmuel, the youngest child. An older brother, a great connoisseur and lover of ancient Hebrew poetry and a man who quietly wrote Hebrew verse, spent many years teaching him. Halkin studied Russian language and literature with a private tutor. He had an inclination to take up painting, and for a short time he fell under the influence of a Russian teacher. The desire to become a painter brought him to Kiev, where a distant relative lived and where he was successful in admission to a painting school. He broke off these lessons, though, and went to Ekaterinoslav, where he debuted in print with his first poetry cycle in the anthology Trep (Stairs) (Kultur-lige, publisher) in 1921, which was compiled by Perets Markish who had also debuted in literature in that city. The first poem in the cycle imparted the feeling of nostalgia and loss that the young poet at that moment was experiencing:

Father’s lips, as he was blessing someone,

His eyes raised toward the solid green west,

He raised the dead-cold curtain from the window,

Dried with his finger the dying pane of glass….

A remembrance of the Sabbath remains.

Halkin later wrote about this poem in his autobiography: “What my first critic discovered in this short poem is difficult for me to say, but now, forty years later, it seems to me that in those eight lines was one of the principal features of my poetry, which later developed, deepened, and expanded: the painful transition from holy to profane and the striving of the profane for holiness.” Halkin soon moved to Moscow. He brought with him his first booklet of poems, published by the Kiev press “Vidervuks” (Renewal), thanks to Dovid Hofshteyn’s initiative. He became a member of the Moscow circle of Jewish writers and artists, published poetry in the literary collection Barg aroyf (Uphill) (Kiev, 1922) and the Moscow journal Shtrom (Current), and later in Minsk’s Shtern (Star) and Kharkov’s Di royte velt (The red world). In 1929 his second volume was published which he titled Vey un mut (Pain and courage) and in which he revealed altogether different motifs. On the Sabbath, concerning which he wrote in his first poem, no father was any longer able to detain—Russia after the Revolution had become engrossed completely not in holiness, and in the poems of the poet had become more pain than courage. The main motif of his second book was the destiny of man in the whirlwind current of the Revolution, onto which had been placed a great deal of hope, but was bitterly disappointed and deceived. The lyrical hero of Halkin’s poems would still believe that one could accomplish something in the country where everything is scrambled in a single immense chaos, but he saw no alternative, no perspective. And, he exclaimed this with bitterness:

Russia, if my faith, my strength is not in you,

I would now profess differently,

I’d perhaps say: You have misled us,

Dear to us, every time you raise your hand,

And ever more difficult to forebear—

And how great must the disaster and shame not be,

That we come to you to complain,

How far to implore now for water?

How far, to which countries? Happy Russian streets,

The proletarian critics turned against him with the full force of Bolshevik two-facedness. They discovered in him an “alien element” in Soviet Yiddish poetry. The first person of authority in Soviet Yiddish literary critic, Moyshe Litvakov, had already in 1926 written about Halkin’s poetry: “This is an interesting phenomenon, a kind of Yiddish Hebraist. In his rhythm, one senses the recitative quality of Hebrew, an extraordinary talent, nourished more from Hebrew literature and having scarcely any inner ties to the traditions of Yiddish.” This was a great sin at that time—drawing upon ancient Hebrew sources. Khatskl Dunets, a second guardian of pure proletarian ideology, saw in Halkin an “ideologue of the bourgeoisie, the sign of its still living, self-activating national Hebraic elements that must be combatted.” Fortunately, the Bolshevik guardians did not disclose that, over the years 1922-1924, Halkin was a member of “Heḥaluts” (The pioneer) and even contemplated making aliya. Presumably, he was at that time still writing Hebrew poetry—for the Israeli newspaper Davar hapoalim (Laborers’ word) 26.8-9 (1960) published Halkin’s Hebrew poem, “Shir heḥalutsa” (Song of the pioneer). He was one of the first Soviet Yiddish poets to visit Birobidzhan, and he composed an entire cycle of poems about it. But readers knew Halkin more as the grand, sincere lyricist, the author of such miniatures as “Dos gloz iz durkhzikhtik un reyn” (The glass is transparent and pure) and “Der shtern iz mir tayer” (The star is dear to me). People knew him as the poet of the collections Kontakt (Contact), Der boym fun lebn (The tree of life), Mayn oyster (My treasure), and from many other notable works that were, in fact, treasures of Yiddish poetry.

Halkin was not only a poet of the highest order, but he was also a significant figure in the field of playwriting. This was first revealed in his poetic dramas Bar-kokhbe (Bar Kokhba) and Shulamis (Shulamit), which he arranged for the Moscow Yiddish State Theater based on Avrom Godfaden’s plays. Halkin considered his playwriting as poetic creation in dramatic form. And, such were his plays: Arn fridman (Arn Fridman) of 1939, Umshterblekhkeyt (Immortality) of 1940, Der shpilfoygl (The singing bird) of 1942, and Af toyt un af lebn (Fatally and alive) of 1944-1945. He was the first in Soviet Yiddish literature to compose a dramatic poem about the Warsaw Ghetto uprising. These plays excelled in their poignant compositional structure, their deep psychology, their language of the people, and their aphoristic compressed depictions. His contribution to Yiddish playwriting constitutes a separate chapter in the history of Moscow theater. When the artistic manager of the theater, Shloyme Mikhoels, conceived of staging his crowning work, Kinig lir (King Lear), he first of all had to have a good translation of Shakespeare’s drama. “Looking for a translator for the play,” he wrote, “it was not by chance that I was inclined toward Halkin. Characteristic of his poetic creations was the striking simplicity that matched the biblical exaltedness of his verse. I deemed this distinctive quality of his talent especially valuable in regard to King Lear.” Where would Shmuel Halkin’s muse be useful as a “Hebraist,” about whom the critics had been complaining since the 1920s. After Kinig lir came Halkin’s plays, Bar-kokhbe and Shulamis, which had been in the Goldfaden repertoire of the Moscow’s GOSET (State Yiddish Theater). In 1939 he was rewarded with an honorary decoration (in 1957 he also received the award of the “Red Worker’s Banner”). He was a member of the Jewish Anti-Fascist Committee during World War II and wrote poetry and dramas against “Hitler’s dogs.”  During the liquidation of Yiddish culture in the Soviet Union, he was arrested in 1950, became ill with a heart ailment, and laid in a prison hospital for one and one-half years. Freed in 1955 because of his illness, he returned home a broken man, physically exhausted, but until his untimely death in Moscow, he continued to write poetry which were included in his last book, Mayn oyster (published after his passing). In 1958 the state publishers in Moscow brought out a translation of Halkin’s poetry in Russian; this book in 542 pages includes a great number of his poems (including Bar-kokhbe), rendered into Russian by various translators. 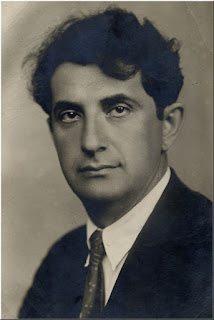