LEAH K. HOFMAN (KOPELYOVITSH, KAPILOWITZ) (1898-February 29, 1952)
She was born in Livenhof (Liveni), Vitebsk region (later, Latvia), into a working-class household.  She moved to London in 1906 and from there to the United States in 1913.  She worked in tailoring.  For a time she was a teacher in schools of the IWO (International Workers’ Order) in New York.  She began writing at age fourteen.  From 1918 she was writing poetry, stories, and plays for children.  Until 1930 she published her work in Tog (Day), later in Frayhayt (Freedom) and Hamer (Hammer), among other venues, in New York.  Her poems with their rhythmic imagery and richness of sound can be found in every Yiddish-language children’s reader.  Among her books: In kinderland (In children’s world), poetry, with a preface by Avrom Reyzen (New York, 1919), 224 pp., second edition (1921), third edition (1927); Kleyne in der groyse velt (A small person in the big world), stories, with a foreword by Morris Vintshevski (New York, 1920), 198 pp.; Teater-shpiln (Theater plays) (New York, 1930), 96 pp.; Mon-blumen (Poppy flowers), children’s poetry (Los Angeles: Los Angeles and Detroit reading circles of the IWO, 1941), 110 pp.  Her work In kinderland was the first Yiddish-language book of children’s literature in the United States.  She died in Los Angeles, California.  She was married to the Yiddish poet Leyb Berkovitsh who died in 1958 in Los Angeles. 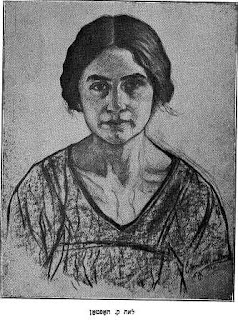