WILLIAM EDLIN (May 3, 1878-November 30, 1947)
He was born in Priluk (Pryluky), Poltava district, Ukraine.  In 1891 he made his way with his parents to the United States, and his family settled in San Francisco.  He attended public school and later studied at Stanford University in California.  In his student years he was influenced by socialist ideas and became a close friend of the American writer Jack London.  In late 1896 he moved to New York and began to publish articles in Anglophone socialist publications, and he wrote in English a work entitled The Coming Socialist Struggle: Capitalist Contradictions Exposed, Socialism Defined (1897), 23 pp.  Edlin then joined the Jewish socialists from the S.L.P. (Socialist Labor Party) and began writing for the daily socialist Dos abend-blat (The evening newspaper).  In 1899 he became manager of Folks-tsaytung (People’s newspaper), which the “kangaroos” (a group that had split off from Daniel de Leon’s Socialist Labor Party) were publishing, after the de Leon supporters took control over Dos abend-blat.  A bit thereafter, following the collapse of Folks-tsaytung, Edlin and the other “kangaroos”—B. Faygenboym, L. Budin, L. Kobrin, F. Krants, B. Vaynshteyn, A. Kaspe, Morris Hillquit, M. Girzhanski, and the Forverts (Forward) people, Morris Winchevsky and Ab. Cahan—founded the weekly Sotsyal-demokrat (Social democrat), and Edlin was the first editor of the newspaper (from October 7, 1900; after that it was edited by B. Faygenboym and ultimately by M. Zametkin; altogether it lasted eleven months).  After the Sotsyal-demokrat went under, Edlin wrote for the Forverts; he was co-editor (1902-1903) and for a time also editor of the newspaper.  Every Monday he published an article or a review in the section, “In der velt fun drama un muzik” (In the world of drama and music).  In 1901 he was also editor of The Hamerville Social Democrat (?).  Over the years 1903-1906, he edited the monthly Capmakers Journal (in Yiddish and in English) and co-edited as well Abendpost (Evening mail), the daily Herald (Herald), and Morgn-zhurnal (Morning journal, 1904-1913).  At the same time he was one of the builders of the Workmen’s Circle and was secretary general of the organization (1913-1914).  He was one of the fighters for educational work and Jewish cultural activities among the broad membership both by means of lecture tours and through publishing work.  He was subsequently selected to serve as chairman of the Educational Committee which guided the cultural work in the organization.  He soon became the centerpiece of a struggle between two sides, “young” and “old.”  When the former in 1915-1916 had a majority in the executive of the Workmen’s Circle, Edlin became chairman.  He played a significant part in the ideological quarrels concerning the role and goals of the Workmen’s Circle.  After the founding of the daily newspaper Der tog (The day) in New York (1914), he became a member of the editorial board and over the course of the subsequent nine months the editor of the newspaper.  In May 1925 he resigned from Tog and for a time was the American secretary of the Jewish National Fund, but he later returned to Tog.  He also was much engaged with theater, and his two books had to do with the stage.  The first book—Velt berimte operas (World famous operas) (New York: Hebrew Publishing Company, 1907), 208 pp.—is a collection of articles about the most popular Italian, French, and German operas, retelling their content and their critical estimations, with a short overview of the music and the opera in general.  The second book was a play, written with L. Kuperman: Der id (The Jew), “a drama in four acts” (New York, 1911), 62 pp., published on a typewriter.  On August 30, 1912 it was announced in the People’s Theater of Jacob Adler that they would be staging Edlin’s “Mentshn in keytn” (Men in chains), a family drama in four acts, and the role of “Lawyer Lunts” was to be played by Jacob Adler; however, the show was cancelled and the play was not staged.  Edlin was the editor of the Yiddish translation of Professor Allen Thomas’s Geshikhte fun di fareynigte shtaaten (History of the United States) (New York: Jewish Press Publishing Company, 1912), 2 volumes, with the English original and supplements entitled: “Explanation of Independence” and “The Constitution of the United States,” among others.  He also played a role in the trade union movement for Jewish writers, serving several terms as president of the Y. L. Perets writers’ association.  He died in New York. 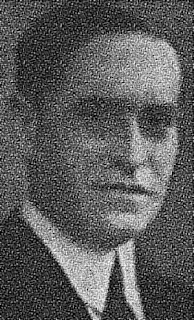