KHAYIM (CHARLES) SPIVAK (December 25, 1861-October 16, 1927)
The shortened name of Khayim-Khaykl Spivakovski, he was born in Krementshug (Kremenchuk), Ukraine, into a poor household.  He studied in religious elementary school and later with his father, Shmuel-Dovid Spivakovski, and in the synagogue study hall.  In his youth he also began to read non-religious books in Hebrew and to turn his attention to secular education; he later passed the examination for the sixth class in senior high school.  Under the influence of Aharon Liberman’s Haemet (The truth), he joined a revolutionary circle, contributed to a secret, hectographically-produced publisher, and after its failure he was forced to leave Russia.  In March 1882 he arrived in the United States with the Kiev group “Am olam” (Eternal people), under the leadership of Nikolai Aleynikov.  He spent his first years dragging wheelbarrows of stones along Brooklyn streets, unloading wagons, working in a wool factory in Lisbon Falls, Maine, and working as a farmer in the Alliance Colony, New Jersey, where he was also employed as a Hebrew teacher.  In 1886 he settled in Philadelphia, where he graduated from the Jefferson Medical College with honors.  Under the supervision of the University of Pennsylvania, he delivered a series of lectures in Yiddish on philology and hygiene.  For a time he took part in the Jewish anarchist movement.  He was a librarian at the Young Men’s Hebrew Association, and he organized the Jewish Alliance of America.  In 1891 he was chairman of the Jewish conference to enlist Jewish immigrants in agricultural economy.  He was a cofounder of the Philadelphia cultural association “Hebrew Literature Society.”  In 1896 he settled in Denver, Colorado, where he was a professor of anatomy at a university there.  He was one of the founders of the well-known Denver sanatorium for tubercular patients (where Dovid Edelshtadt, H. Leivick, and other Yiddish writers were patients).  He literary activities began with correspondence pieces in the Russian Jewish Nedel׳naia khronika voskhoda (Weekly chronicle of the east) in St. Petersburg (May 1884), in English-language provincial newspapers and a number of translations for American Hebrew, in Yiddish with a couple of articles in Nyu yorker yudishe folks-tsaytung (New York Jewish people’s newspaper) in New York (1888), for which he also used the pen name “Khas milhazkir.”  He published articles in Anglophone medical journals, primarily concerning stomach and intestinal diseases, on the history of medicine, and medicine in the Tanakh, Talmud, and rabbinical literature (he also published an article on this topic in The UJA).  In addition, his works appeared in: Yidishes tageblat (Jewish daily newspaper), Der fraynd (The friend), Di tsukunft (The future), Der folks-vekhter (The people’s guard), and Di yudishe prese (The Jewish press) in Philadelphia, although mainly in New York’s Forverts (Forward), for which over many years he was a regular contributor writing on issues of medicine and hygiene, which he connected to Jewish lifestyle and Jewish folklore; these include: the series “Vi azoy tsu farlengern dos mentshlekhe lebn” (How to extend human life).  As a lover of Yiddish, he devoted special treatments to questions of language in Di tsukunft and Forverts, among other serials, and turned his attention fully to research into the Hebraic elements in Yiddish, which he collected from religious texts and from the folk language.  Together with his friend Yehoash, they compiled: Yidish verterbukh (Yiddish dictionary), “containing all the Hebrew and Chaldaic words, expressions, and proper names needed in the Yiddish language….  With an introduction to the necessary rules and observations and a supplement of Hebrew personal names, family names, and names of unions, societies, schools, cemeteries, and the like” (New York, 1911), 340+32 pp.; second edition (New York, 1926).  He was also the published of a periodical of medical bibliography and guide to libraries.  His last works in Yiddish were: “A muster fun shayles utshuves-literatur fun r’ gershon ashkenazis sh”t avoydes hagershuni” (An example of rabbinical response literature, R. Gershon Ashkenazi’s Adovat hagershuni), which was published in Dos yoyvl-heft zunland (The jubilee collection of Zunland), edited by Y. L. Malamut (September 1925); “Der kop” (The head), a list of words, expressions, sayings, and turns of phrase needed in the Yiddish language in connection with the head, published in Tsayshrift (Periodical) (Minsk, 1926); “Alte un naye verter in yehoyeshes khumesh” (Old and new words in Yehoash’s [translation of the] Bible), Filologishe shriftn (Philological writings) (Vilna) 2 (1928); “Yehoyesh der visnshaftsman” (Yehoash the scholar), a memoir published in Pinkes fun amopteyl fun yivo (Records of the American division of YIVO), vol. 2 (New York, 1928), pp. 140-45.  He also took an active part in Jewish community life in Denver, where he served as secretary of the tuberculosis sanatorium and editor of the sanatorium’s English-language quarterly The Sanatorium, founded by him in 1907.  Over the years 1915-1916, he published the weekly newspaper Denver Jewish News.  In 1920, on a mission for the Jewish Distribution Committee, he visited Poland, Ukraine, Byelorussia, and other countries in Eastern Europe to study the sanitary conditions of the Jews.  Extremely erudite in the medical literature, he was for four years editor of Medical Libraries and president of the Medical Library Association.  On his sixtieth birthday in 1921 the Yiddish newspapers dedicated warmhearted articles to him.  According to Yitskhok Rivkind, Spivak left behind, aside from a bibliography of publications on Jewish medicine, a collection of research work he had started on a treasury of Yiddish words.  Spivak’s own library was immense, with published works and rarities from old Yiddish literature.  After his death a special issue of The Sanatorium was published, dedicated to his memory.  In his will it stated that his body was to be donated to medical research.  He died in Denver, Colorado. 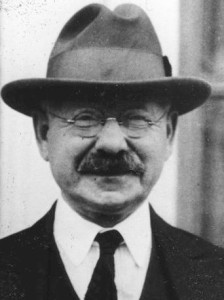