PATI SREDNITSKI (MATLE KREMER) (January 2, 1867-1943)
The wife of Arkadi Kremer, she was born in Vilna.  She received a Jewish education.  She graduated from high school in Vilna and Vizhinsky’s dental school in St. Petersburg.  At age fifteen she became active in the community.  After returning to Vilna, she joined the social democratic center (1889).  In 1894 she was arrested, spent a short time in the Vilna jail, and was later sent to Chaussy (Chavusy), Mogilev district, for five years.  There she founded a literary group to aid the socialist press.  She penned several articles for the illegal Arbayter shtime (Workers’ voice).  Together with Arkadi, she co-authored the pamphlet Arbetsteg (Work days).  In 1898 she traveled to Kovno, where she took part in the second Bundist congress.  In 1902 she fled from Chavusy and wandered through the world (England, the United States, Switzerland).  She returned to Vilna in 1921.  She was employed as a proofreader by the Vilna publisher B. Kletskin.  She published memoirs in Arkadi-zamlbukh (Arkadi anthology) (Vilna, 1939), pp. 22-42.  She also penned a preface to the pamphlet Di skhires (Wages) by Shmuel Gozhanski.  She would also have written poetry.  She lived under the Soviet occupation of Vilna.  After the entrance of the Germans into Vilna, she was “di neshome fun bund” (the soul of the Bund) in the Vilna ghetto.  She remained courageous, aided her friends in danger, and contributed to all the cultural activities in the ghetto.  In September 1943 (roughly the 22nd-23rd), she departed on the final road to her death. 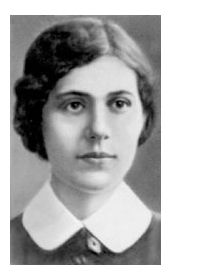