He was a journalist and editor, the brother of Nosn Smolyar, born in Zambrov (Zambrów), Białystok district, Russian Poland. His father, Dovid Smolyar, a friend of Ḥaim Naḥman Bialik from the Volozhin Yeshiva, inculcated in his children a love for work and for Yiddish literature—by reading stories by Y. L. Perets, Sholem-Aleichem, Sholem Asch, and other Yiddish writers every Sabbath. Until age eleven he studied in an elementary school, thereafter becoming a book stitcher. At age twelve he was involved in establishing a Jewish socialist organization in the Lomzhe (Lomza) region. When the Russian army in 1920 occupied Zambrów, he was representative of the youth in the local “Revkom” (revolutionary committee). Later, when the Polish authorities returned to take control over the city, Smolyar fled to Warsaw, and from there on to the Soviet Union, where he lived until late 1923 in the Kiev Jewish children’s home (run by Yasha Bronshteyn, the literary critic); he later worked in a leather factory, while at the same time continuing his education in the Jewish pedagogical seminary. Until mid-1924 he lived in Moscow, studied literature and political science at the Jewish section of the University of the Peoples of the West under the Comintern (Ester Frumkin, rector). In 1928 he was assigned underground revolutionary work in Poland, living illegally in Warsaw, Białystok, Lodz, and Vilna. He was arrested on several occasions and sentenced to prison, among them four years in solitary confinement. In 1939 with the outbreak of WWII, he escaped from prison and came to Białystok, where he served as secretary of the Białystok division of the Soviet Writers’ Union. When the Nazis invaded Russia in June 1941, he remained for a time in Białystok to engage in illegal work, and thereafter until the summer of 1944 was in the Minsk ghetto; he later lived in the Naliboki Forest, was co-organizer a series of partisan divisions, and was editor-in-chief of the partisan press in various languages in the Stowbtsy (Stolbtsy) and Mir districts. In 1946 he returned to Poland and settled in Warsaw, where he assumed leading positions in Jewish life: member of the presidium of the central committee of Jews in Poland and director of its cultural division. From 1948 he was chairman of the Central Committee of Jews in Poland and among the senior management of the Jewish cultural association.

From 1921 he was a contributor to the youth supplement to the daily newspaper Komunistishe fon (Communist banner), while living in Kiev, and from 1922 he served as its editor. In 1923 he was a member of the editorial board of Der yunger arbeter (The young worker) and of the children’s magazine Freyd (Joy), both in Kiev; and he was a cofounder of the weekly Di yunge gvardye (The young guard) in Kharkov. Together with Emanuel Kazakevitsh, Fayvl Sito, Yoysef Kotlyar, Khane Vaynerman, and others, he organized the literary group “Boy-klang” (Sound of reconstruction) and the publication Der yunger boy-klang (The young sound of reconstruction) in Kharkov. In Moscow he was a member of the editorial board of the first youth publications, Yungvald (Young forest) and Pyoner (Pioneer), contributed to the information division of Emes (Truth) and to the monthly journal Mayrevnik (Westerner) (1927-1928), and published among the first books dedicated to the youth movement. His work also appeared in: Tsum kamf (To the struggle), Literarishe tribune (Literary tribune), and Literatur farmest (Literature competition) in Warsaw; Zibn teg (Seven days), Naye teg (New days), and Der blits (The flash) in Vilna; among others. In addition to political articles, he also published stories there. From 1928 he edited the illegal Di royte fon (The red banner) in Białystok-Vilna and wrote for all the legal and semi-legal Yiddish-language, Communist-oriented publications in Vilna and Białystok. He wrote for Vilner tog (Vilna day) (1935-1936) and edited from his cell in Polish prison Krates (Bars), which appeared in Yiddish, Polish, Byelorussian, and Lithuanian. He contributed to and, in fact, edited Der byalistoker shtern (The Białystok star) (1939-1941) and Oktyabr (October) and Shtern (Star) in Minsk, among other serials. He was a correspondent from Minsk to Eynikeyt (Unity) in Moscow. He served on the editorial board of the Byelorussian journal Litaratury i Mastatstva (Literature and art) in Minsk (1945). From 1946 he placed work in: Dos naye lebn (The new life), which he edited from 1949; Folks-shtime (Voice of the people), editor-in-chief from 1950, Yidishe shriftn (Yiddish writings), Oyfgang (Arise), and others in postwar Poland; Morgn-frayhayt (Morning freedom), Yidishe kultur (Jewish culture), Eynikeyt, Nay lebn (New life), and Zamlungen (Collections)—in New York; Naye prese (New press) and other serials in Paris; Sovetish heymland (Soviet homeland) in Moscow; Landsmanshaftn (Native-place associations), Grodner opklangen (Grodno echoes), and Haynt (Today), among others, in Buenos Aires; and Der poylisher yid (The Polish Jew) in Rio de Janeiro; among others.

Among the books he published: Di geshikhte fun der komunistisher yugnt-bavegung bay yidn (The history of the Communist youth movement among Jews) (Moscow, 1927); Komyugisher alef-beys (The ABCs of the Communist youth), with Dovid Monin and A. Kovner (Moscow: Shul un bukh, 1927), 193 pp.; Inem khodesh yuli (In the month of July), reportage pieces concerning the strike movement in Poland (Vilna, 1936), 64 pp., published illegally; Ver zenen hitlers diner un vi kumen zey keyn vaysrusland (Who are Hitler’s servants and how they are coming to Byelorussia), a pamphlet illegally published in the Minsk ghetto (1941); Fun minsker geto (From the Minsk ghetto) (Moscow: Emes, 1946), 167 pp., with illustrations, also published in Russian as Mstiteli geto (Moscow: Emes, 1947), 128 pp. [and in English (New York: Holocaust Library, 1989, 175 pp.) and in Byelorussian (Minsk: Tekhnalokhiia, 2002, 182 pp.)—JAF]; Yidn on gele lates, skitsn (Jews without yellow patches, sketches), images from Jewish partisan life (Lodz: Yidish-bukh, 1948), 114 pp., second enlarged edition (Warsaw: Yidish-bukh, 1952), 184 pp.; A posheter zelner (A simple soldier), a drama in three acts and six scenes concerning the life and death of Naftole Botvin (Warsaw: Yidish-bukh, 1952), 112 pp.; and Fun yener zayt (From the other side), feature pieces and pamphlets (Warsaw: Yidish-bukh, 1955), 226 pp., using the pen name Leon Mur. He translated from Russian: Di geshikhte fun komyug (History of the Communist Youth League) by Andrei Shokhin (Moscow: Shuk un bukh, 1927), 91 pp. He edited a series of books for the publisher “Yidish bukh” (Yiddish book) in Poland, among them: Yoyel Entin, Tsu a nay lebn (Toward a new life) (Wrocław: Nidershlezye, 1947); Ber Sorin, Kh’vil aykh dertseyln a mayse (I’d like to tell you a story) (Warsaw: Yidish-bukh, 1958); and his story “Yunge heldn” (Young heroes) was included in M. Frenkel’s Khrestomatye fun der yidisher shprakh (Reader in the Yiddish language) (Bucharest, 1958). In January 1946 he received a Russian medal, “for valor in the war of 1941-1945” and in 1955 another medal. At the time of the events culminating in the departure of the majority of Jews from Poland, he made aliya to Israel, where he lived from 1971, and he published his novellas, reports, and essays in: Di goldene keyt (The golden chain), Yerusholaimer alamanakh (Jerusalem almanac), Bay zikh (On one’s own), and essays for Shevut (Return) in Tel Aviv. Subsequent books include: Vu bistu khaver sidorov? (Where are you, Comrade Sidorov?) (Tel Aviv: Perets Publ., 1975), 288 pp., enlarged edition of Hekhan ata ḥaver sidorov? (Where are you, Comrade Sidorov?) (Tel Aviv, 1973), with a Spanish edition in 1976; Fun ineveynik, zikhroynes vegn der yevsektsye (From within, memoirs of the Jewish section) (Tel Aviv: Perets Publ., 1979), 458 pp.; Af der letster pozitsye, mit der letster hofenung (At the last position, with the last hope) (Tel Aviv: Perets Publ., 1983), 462 pp.; Sovetishe yidn hinter geto-tsoymen (Soviet Jews behind the ghetto fences) (Tel Aviv: Perets Publ., 1985), 270 pp., translated from a manuscript into Hebrew by Moshe Ḥalamish (1984). 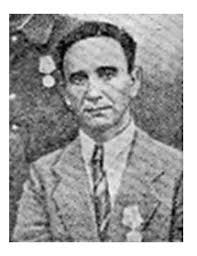