NOKHUM SLUSHTS (NAHUM SLOUSCHZ) (December 28, 1872-late December 1966)
He was born in Smargon (Smarhon, Smorgon), Vilna district, Byelorussia.  His father, R. Dovid-Shloyme, was a rabbi, a Hebrew writer, and a member of “Ḥoveve-tsiyon” (Lovers of Zion).  His mother’s family drew its pedigree back to Rashi.  Nokhum studied Tanakh and Talmud with his father, secular subject matter and foreign languages later with private tutors.  At age ten he moved with his parents to Odessa, where he father took up his post as rabbi and preacher in the suburb of Moldavanka.  Under his father’s influence, he became a “lover of Zion” and one of the founders of the Hebrew-speaking organization “Safa berura” (Plain language).  His literary activities began in 1887 with an article concerning Odessa in Haeshkol (The cluster), and he later wrote articles for: Hamelits (The advocate), Hatsfira (The siren), Hapisga (The summit), Haḥavatselet (The daffodil), and Voskhod (Sunrise), among others.  At that time he published in book form: Kat hamityahadim berusya (A group of converts to Judaism in Russia) (Vienna, 1889); Ma yaase haadam velo yeḥele (What a person needs to do so as not to get sick) (Jerusalem, 1891), 46 pp.; Haosher meain yimatse (Where is happiness to be found?) (Jerusalem, 1894); and Mnemotekhnik (The art of memory), in Russian.  With the emergence of political Zionism, he joined the movement and founded Zionist associations in Odessa and other cities in southern Russia.  In 1897 he visited Egypt and the land of Israel, and wrote from there articles for various periodicals.  In 1898 he entered the University of Geneva, where he studied French and Latin literature.  He was one of the founders of the Zionist federation in Switzerland and took part in numerous Zionist congresses.  In 1899 he entered the Sorbonne in Paris, studied philology and literature, as well as Oriental studies at the elite school with Julius Oppert, Joseph Halévy, and Derenbourg, among others.  In 1903 he received his doctoral degree for his dissertation, La Renaissance de la littérature hébraique, 1734-1885, and it was subsequently published in book form in French (Paris, 1903) and in Hebrew as Korot hasifrut haivrit haḥadasha (Warsaw, 1906).  He went to work as a lecturer in modern Hebrew literature at the University of Paris.  On commission from the French government, he wrote on the history of Jews in Morocco.  In 1908 he was sent on an archeological mission to North Africa, made his way through Tripolitania and the surrounding deserts, discovered a series of Jewish communities—cave-dwellers, and he also found monuments from the rule of wandering Jewish communities in the desert.  He described his travels through Africa in Yiddish as well—in Unzer leben (Our life) (1909)—and contributed to other Yiddish periodicals, among them Parizer zhurnal (Paris magazine), published (1910-1911) by Zalmen Bereznyak.  At the sixth Zionist congress, Slushts was among the pro-Uganda faction and together with Israel Zangwill and others left the Zionist Organization and became one of the leaders of territorialist movement.  After the Balfour Declaration (1917), he returned to Zionism.  During WWI he was living in the United States and was a regular contributor to Morgn-zhurnal (Morning journal) in New York, for which he wrote numerous pieces, primarily drawn from his research travels, such as the series “Atlantida un tarshish” (Atlantis and Tarshish) (autumn 1925).  In late 1919 he traveled once again to Palestine, where he was appointed by the “Hebrew Association to Investigate the Land of Israel” to administer the first Jewish archeological works around Tiberias—among other things, he discovered the old synagogue at Ḥamat and in it hundreds of antiquities.  Over the years 1923-1925, he ran another series of excavations in Israel, which brought out extremely important discoveries—he described them all in Morgn-zhurnal and Di tsukunft (the future) in New York.  In later year he served as chairman of the “Brit Ivrit Olamit” (“World Association for Hebrew Language and Culture”).  In 1942 he was awarded the Bialik Prize for his book Otsar haketovot hafinikiyot, osef sheyare sifrut kenaan (Treasury of Phoenician ketubot, a collection of Canaanite literature) (Tel Aviv, 1942), 31 pp. + 377 pp.  In 1956 he received the Jacob Landau Prize.  He translated a great deal from French literature, including works by Guy de Maupassant and Émile Zola.  His works in book form include: Emil zola, ḥayav, sifyav vidaatav (Émile Zola, his life, his works, and his opinions) (Warsaw: Tushiya, 1899), 104 pp.; translation of Zola, Kovets sipurim (Collections of stories) (Warsaw: Tushiya, 1898), 81 pp.; Hakongres hatsiyoni harevii belondon (The fourth Zionist congress in London) (Warsaw: Tushiya, 1900); translation of Guy de Maupassant, Ketavim nivḥarim (Selected stories) (Warsaw: Tushiya, 1904-1905); Korot hasifrut haivrit haḥadasha (History of modern Hebrew literature) (Warsaw: Tushiya, 1906), 217 pp.; La poésie lyrique Hébraique contemporaine (1872-1910) (Paris: Mercure de France, 1911), 299 pp.; Beiye hayam (On the islands of the sea) (New York: Kadima, 1919), 112 pp.; Ketavim nivḥarim, sefer hamasaot (Selected writings, volume on travels) (Tel Aviv, 1937); Hai peli, hai jerba (The island of Peli, the island of Jerba) (Tel Aviv: Devir, 1957), 236 pp.; and Otsar haketovot hafinikiyot (see above); among others.  In 1926 he was dispatched by Morgn-zhurnal to Spain and Portugal to research the past and present of those who had converted to Christianity to avoid persecution; he published a long series of articles on this topic—he also wrote about those of Portugal for Haynt (Today) in Warsaw.  He also brought out a book entitled Haanusim beportugal (The conversos of Portugal)—in two parts: “Ḥakira historit” (Historical examination) and “Haanusim bazman haze” (The conversos nowadays)—(Tel Aviv: Devir, 1931), 185 pp.  He wrote a great number of articles for Morgn-zhurnal in New York on various and sundry matters.  He died in Israel. 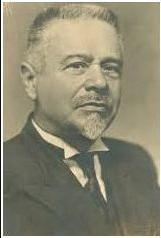