MEYER EBNER (September 18, 1872-December 12, 1955)
He was born in Czernowitz, Bukovina.  He studied in religious elementary school, in a community public school, and later in a German state high school.  He was active in Ḥoveve-tsiyon (Lovers of Zion).  He was a cofounder of the Hasmonean society among Jewish students.  In 1891 he entered Czernowitz University and became a regular contributor to Dr. Nosn Birnboym’s (Nathan Birnbaum’s) newspaper Selbstemanzipation (Auto-emancipation).  After graduated from the law faculty of the university, he practiced as an attorney in Czernowitz.  He served as a delegate to the first Zionist congress and was selected onto the first “Action committee.”  He was also a delegate to practically all subsequent Zionist congresses.  He wrote for Herzl’s central weekly newspaper Die Welt (The world).  When the Russians occupied Czernowitz during WWI, he was deported to Siberia, from whence he was freed following the intervention of the Austrian government in 1917.  After moving to Vienna, he published his memoirs of Siberian captivity in Die Zeit (The times) and Jüdische Zeitung (Jewish newspaper).  In 1918 he was selected to serve as president of the council of Bukovina Jewry.  In 1919 he founded and edited Ostjüdische Zeitung (Eastern Jewish newspaper) in Czernowitz.  He also participated in the founding conference of the World Jewish Congress.  In 1926 he was elected to the Romanian parliament, where he fought bitterly against Romanian anti-Semitism.  He was selected onto the Romanian senate in 1928.  In 1930 he helped to establish a general Jewish party in Romania.  On his sixtieth birthday in 1932, the Czernowitz city council decided to name a street after him.  Ebner visited the land of Israel six times and settled there in 1940.  He wrote in Yiddish, Hebrew, English, and German.  He placed work in: Haolam (The world), Haarets (The land), Davar (Word), Yediot maariv (News of the West), Yediot hayom (News today) in German—in Israel; Di tsienistishe shtime (The Zionist voice) in Paris; Dos idishe folk (The Jewish people) and Idisher kemfer (Jewish fighter) in New York; and Tsienistshe bleter (Zionist pages) in Tel Aviv; among others.  He died in Givatayim in the state of Israel. 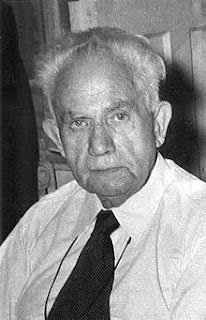