NOYEKH NAKHBUSH (October 1885-May 12, 1970)
The adopted name of Noyekh Bushelevitsh, he was born in Mush (Mysh), Minsk district, Byelorussia, into a laboring family.  He studied in religious elementary school, the Slonim yeshiva, and a Russian public school.  He later settled in Vilna, where in 1908 he was active in a literary-drama circle, and he also traveled around Vilna Province giving lectures and recitations from the works of Yiddish writers.  He debuted on the stage in Sholem-Aleykhem’s Tsezeyt un tseshpreyt (Scattered and dispersed).  He was part of the Vilna Troupe, acquiring a name for his portrayal of the messenger in Sh. An-ski’s Dibek (Dybbuk).  From 1923 he was living in the United States.  He played (1932-1933) in the Yiddish Art Theater of Maurice Schwartz.  He also took part in Yiddish films.  He authored the text to the record albums “Kelmer magid” (The preacher from Kelmė), Kulbak’s “Koymenkerer” (Chimneysweep), and others.  He published in: Kinder-velt (Children’s world), Tog-morgn-zhurnal (Day-morning journal), and other serials in New York.  He moved to Israel in 1969. 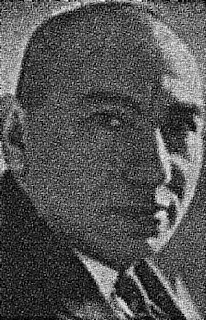