He was a literary scholar and critic, born in Berdichev, Ukraine. He graduated middle school and the literature department in the Jewish division of the Odessa Jewish Pedagogical Institute. In 1938 he defended a dissertation on the life and work of the classic Yiddish writer Yitskhok-Yoyel Linetski at the Lenin Pedagogical Institute in Moscow, for which he was awarded the academic title of “candidate in philological sciences.” The dissertation was later published as a separate volume: Yitskhok-yoyel linetski, 1839-1939 (tsu zayn hundert-yorikn yubiley) (Yitskhok-Yoyel Linetski, 1839-1939, on the 100th anniversary of his birth) (Moscow: Emes, 1939), 61 pp. He was invited in 1945 to become a lecturer in literature in the literature and art faculty at the theater school of the Moscow Yiddish State Theater, directed by Shloyme Mikhoels. He gave lectures on Yiddish literature as well at the Odessa and Kiev Pedagogical Institutes. Later, when the theater and its school were closed in 1949, Notovitsh moved to Kazan, where for the last two decades of his life he worked as a lecturer at Kazan Pedagogical Institute, teaching Russian and Western European literature; he also ran the courses for senior qualifications to teachers of philology. He debuted in print in 1932 with articles and reviews of books by Soviet Yiddish writers, such as Meyer Viner, Motl Grubyan, Moyshe Litvakov, Yashe Bronshteyn, Leyb Kvitko, and others. He later frequently published in the newspaper of the Jewish Anti-Fascist Committee Eynikeyt (Unity) in Moscow, especially articles on Jewish writers who died at the front. Later still, his literary research excelled in works appearing in Sovetish heymland (Soviet homeland) (such as in issues 2 and 3 for 1961) in Moscow. He died in Kazan. 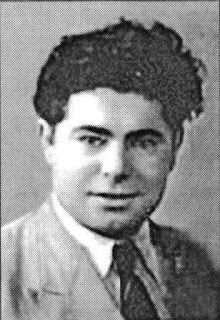