He was a prose author and poet, born in Pirlita, Bessarabia, into a poor family. He studied in religious elementary school, later graduating from a Tarbut school in Kishinev. He debuted in print in 1930 with a current events article in Tshernovitser bleter (Czernowitz pages). Together with Hersh-Leyb Vaynshteyn (“Kazhber”) and Herts Rivkin—both killed during the Holocaust years—in 1931 he began publishing in Kishinev a literary collection entitled Onzog (Message). He later published articles in the journal Shoybn (Glass panes) in Bucharest, and in the radical Jewish weekly newspapers in Greater Romania. During WWII he was evacuated to Uzbekistan. After the war he returned to Kishinev and served for a time as the correspondent for Eynikeyt (Unity) newspaper in Moscow. On February 16, 1949 he was arrested and charged with “criminal liaisons with the leaders of the Jewish Anti-Fascist Committee, to whom he would transmit anti-Soviet, nationalistic materials.” He was sentenced to ten years of forced labor, and he suffered this punishment by deportation to Magadan in the far north of Russia. Six years later, after being rehabilitated, he and other arrested Jewish writers were set free. Broken in body and spirit, he returned home. He found the strength in himself to continue his creative work, particularly from 1961 when Sovetish heymland (Soviet homeland) began publishing in Moscow. His stories and literary research articles often appeared in this journal. Also, Folks-shtime (Voice of the people) in Warsaw published his stories and sketches. In 1972 he made aliya with his family from Romania to Israel, settling in the city of Netanya. He went on to produce two volumes of prose. He died in Netanya. 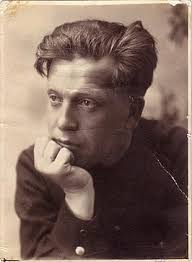