He was a prose writer, brother of the writer and partisan leader Khayim Yelin, born in Srednik (Seredžius), Lithuania, into a family of teachers. With the expulsion of Lithuanian Jewry during WWI (1915), his family made its way to Voronezh, Russia, returning to Lithuania in 1921 at which time they settled in Kovno (then capital of the country). His father was head of the library of the association “Libhober fun visn” (Lovers of knowledge), which was a center of literary and cultural activities. Meyer and his younger brother, Khayim, helped their father in his library work and became promising, young Yiddish writers. In 1928 Meyer graduated with flying colors from the Kovno Hebrew high school, which awarded him the Edward M. Chase scholarship to study in Darmstadt, Germany at the senior technical school. He returned in 1933 with a diploma as a construction engineer and went on to complete his studies at Kovno University. He was a member of the central committee of the Zionist Socialists in Lithuania. With the German invasion of Lithuania, he and his family tried to escape from Lithuania, but they were caught and imprisoned in late July 1941 in the Kovno ghetto. During the German occupation, he was active with his brother in the Jewish partisan movement. In 1944 he escaped from the ghetto and survived the war in hiding. His brother fell in April 1944 while organizing a major camp of ghetto fighters in the partisan forests. After the war he returned to Kovno and cofounded the first postwar Jewish school and children’s home in Kovno for children survivors.

He began writing poems and stories in Yiddish when quite young, debuting in print with a story in Di idishe shtime (The Jewish voice) in Kovno in 1928, and from that point he published stories, reportage pieces, poems, and articles in the newspaper Dos vort (The word) and the weekly Di tsayt (The times) of which he was a member of the editorial board. His work also appeared in: Shlyakhn (Unpaved roads) (Kovno: Sh. Yoselevitsh, 1932), Toyern (Gates) (Kovno: Yoselevitsh, 1937), Bleter (Leaves) (1938), and Naye bleter (New leaves) (1940), among other serials in Kovno; Der emes (The truth) and Eynikeyt (Unity) in Moscow; and elsewhere. In the ghetto, he wrote stories recounting his experiences and observations. Only a portion of these manuscripts has survived. After the war, he returned almost exclusively to literary work, in which the theme of martyrdom and heroism of the Jews under Hitler’s occupation dominated. In 1948 he brought out his documentary volume Partizaner in kaunaser geto (Partisans in the Kaunas [Kovno] ghetto), which he wrote with the leading figure of the anti-fascist fighting organization, D. Gerpern. Yelin’s longer collection of stories on the topic of the ghetto, Zeyere blikn hobn zikh bagegnt (Their glances met one another), appeared in Moscow in 1972, as well as in Vilna in Lithuanian. He also brought out six volumes of prose of the topic of the Holocaust. In October 1973 he made aliya to Israel. In 1977 the committee for Yiddish and Yiddish culture in Israel awarded Yelin’s book Der prayz fun yenem broyt, dertseylungen (The price of that bread, stories) the Zecharia-Ganapolsky Prize in Paris. The following year, 1978, he published his collection of short stories and sketches, Blut un vofn (Blood and weapons). The longer novella, Di mirazhn funem amok-loyfer oskar grik (The mirages of Oskar Grik who ran amok), was published in 1981 and was awarded a prize from the world center of the Yiddish PEN club in New York. He also received prizes for his subsequent works: Borves iber shney (Barefoot over the snow) of 1984, Fayerrisn inem khoyshekh, dertseylungen (Burning in the darkness, stories) of 1988, and Bay di gliendike koyln (Near the glowing coals) of 1994. All of his books shared the same theme: Jewish martyrdom and heroism during the bloody rule of the swastika. Meyer Yelin was honored for his writings with numerous other distinctions and awards, among the Dovid Hofshteyn Proze, the Itsik Manger Prize, and the Dultsin Prize. 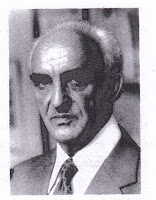