PINKHES YASINOVSKI (PINCHOS JASSINOWSKY) (August 26, 1886-June 25, 1954)
He was born in Romanovke (Romanivka), Kiev district.  Until age fourteen he studied in religious primary school, and later he moved with his parents to Nikolaev, where he became a choirboy to Cantor Pinye Minkovski.  At age twenty he left for St. Petersburg, and there he graduated from the Conservatory in 1915.  In 1917 he moved to the United States, became the cantor of a wealthy Orthodox community in New York, and devoted considerable attention to popularizing the Yiddish folksong.  He composed music for many poems by Morris Rosenfeld, Avrom Reyzen, Mani Leyb, H. Leivick, A. Liessin, Z. Vaynper, and others, and he published articles on Jewish music in: Khazonim-velt (Cantors’ world) in Warsaw (1934); Der tog (The day), Yidishes tageblat (Jewish daily newspaper), Di muzikalishe velt (The musical world), and the anthology Shriftn (Writings) (no. 5), among others, in New York.  He also published poetry in various literary journals.  He wrote a work for the synagogue liturgy entitled Musaf leshabat uleshabat rosh ḥodesh (The additional service on the Sabbath and the Sabbath of the first of the month).  In Yiddish he published in book form: Sinfonishe gezangen (Symphonic songs), songs and poems (some with music) (New York, 1936), 136 pp.  Some of the selected “songs” were also published in Hebrew (translated by Y. Ḥ.) and in English (translated by Avrom Burshteyn), each 24 pp.  He also brought out three collections of written music: 10 lider far kinder (Ten songs for children) (New York, 1928); and in English, Hebrew and Yiddish Vocal Selections (New York, 1925) and Morgen Tfila (Morning prayer) (New York, 1928).  He died in New York. 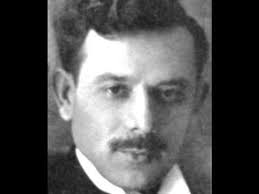