HERMAN YABLOKOV (YABLOKOFF) (August 11, 1903-April 3, 1981)
He was an actor, born in Grodno.  He studied in a “cheder metukan” (improved religious elementary school) and yeshiva.  While young he joined the Yiddish theater, and his entire life was tied to a series of theatrical troupes.  From 1924 he was living in New York.  He wrote songs and melodies, the best known of which was “Papirosn” (Cigarettes).  In book form: Arum der velt mit yidish teater (Around the world with the Yiddish theater) (New York: Shulzinger, 1968-1969), 2 volumes (689 pp. and 726 pp., respectively).  He died in New York. 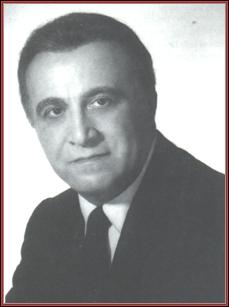