BOAZ YOUNG (YUNGVITS) (March 1870-December 20, 1955)
He was born in Novidvor (Nowy Dwor), Poland.  He studied in religious elementary school, synagogue study hall, and with the Yanov (Janów) rabbi.  He later also turned his attention to secular subjects.  In 1889 he moved to the United States, joined a drama club in New York, and in 1891 became a professional actor, later a theatrical contractor and quickly took a prominent position in the Yiddish theater in America.  Together with his wife, Clara Young, he made long tours through Poland and Romania (1911-1912).  After the Russian Revolution of 1917, he performed in Kiev and other cities in Ukraine.  He returned to America in 1920.  He played in all the larger cities of the United States, Canada, and South America.  From his own plays, for many years he was successful on stage with: the comedy Dzheykele blofer (Little Jake the bluffer) and the operetta Sha, der rebe fort (Ssh, the rebbe is leaving).  He also adapted for the Yiddish stage the operetta “La Dame de chez Maxime” as Madam hoplya (Madam Hoplya).  He also published articles about the Yiddish theater in: Di varheyt (The truth) in New York (1914); Penemer un penemlekh (Appearances, big and small) in Buenos Aires (1928); and in later years, after WWII, in Tog (Day) and later in Tog-morgn-zhurnal (Day-morning journal) in New York.  In book form: Dzheykele blofer, a comic operetta in three acts (Warsaw: T. Yakubsohn and M. Goldberg, 1926), 51 pp.; Mayn lebn in teater (My life in the theater), memoirs (New York, 1950), 411 pp.  He died in Miami, Florida. 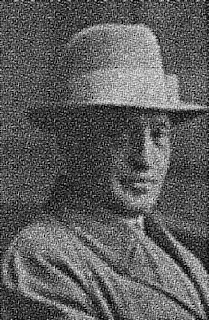