GERSHON AGRONSKY (AGRON) (December 27, 1893-November 1, 1959)
He was born in Mena, Ukraine.  In 1906 he emigrated with his parents to the United States.  He studied in Dropsie College and Temple University.  In 1915 he began publishing articles on current events in Di yidishe velt (The Jewish world) in Philadelphia, and later he became for a time a contributing editor to this serial.  In 1917 he edited the organ of the Zionist Federation, Dos yidishe folk (The Jewish people) (New York).  In 1918 he joined the Jewish Legion in Palestine, and he wrote reports from there for the British press.  From 1921 to 1924, he served as editor for the news agency of the Jewish Telegraphic Agency in New York.  That year he made aliya and wrote correspondence in a number of English and Yiddish newspapers.  From 1932 he edited the Palestine Post (English), and in 1955 he became mayor of Jerusalem.  Pseudonym: Ben-Gur.  He died in Jerusalem. 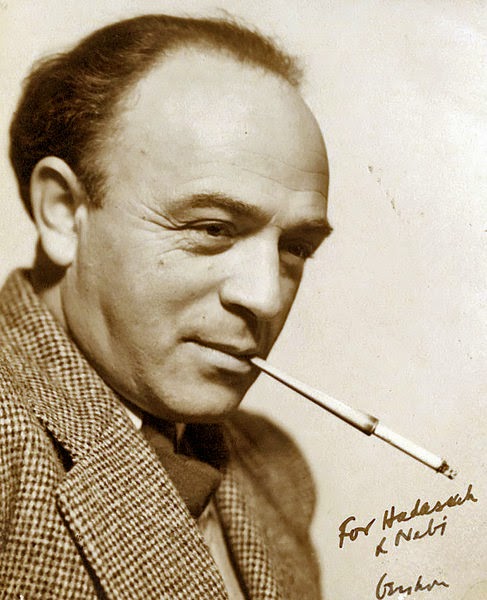