LEYBUSH SHPITALNIK (1880s-June 13, 1962)
He was born in the village of Sharivke (Sharivka), near Proskurov [now, Khmelnytskyi], Podolia.  He was orphaned at a young age.  He was raised by a grandfather who was a scholar, and he studied as well in high school in Proskurov.  Around 1909 he arrived in Chicago.  In the mid-1920s, he moved to New York.  For thirty-five years, he worked as a teacher in Sholem-Aleichem Folkshuls and those of the Workmen’s Circle.  He was a great bibliophile who accumulated a rare Yiddish library.  He wrote sketches and stories in Chicago and New York periodicals, among them Amerikaner (American) in which he also published chapters of a book entitled A id fun podolye (A Jew from Podolia).  He contributed to: Kinder zhurnal (Children’s magazine) and Kinder tsaytung (Children’s newspaper) with numerous translations from Hebrew and Russian and several children’s plays (such as in Kinder zhurnal, November 1941 and October 1942).  He brought out: Avrom reyzen, zaym lebn un shafn (Avrom Reyzen, his life and work) (New York, 1936), 19 pp.; A mayse mit a tsig (A story with a goat), following Shmuel-Yoysef Agnon (New York, 1945), 8 pp.  He died in New York. 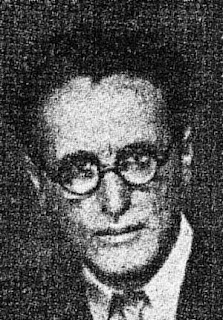