ELI SHEKHTMAN (September 8, 1908-January 1, 1996)[1]
The author of stories and novels, he was born in Voskovitshi (Voskovichi), Polesia (Ukraine).  He received a traditional Jewish education.  He was the eighth child in a large family and spent his entire childhood in poverty.  In 1921 he was a pupil in the Zhitomir yeshiva.  Over the years 1929-1933, he studied in the literature faculty of the Jewish pedagogical institute in Odessa.  He then lived in Kharkov from 1933 to 1936 and thereafter until July 1941 in Kiev.  He was an officer in the Red Army (1942-1947) and was wounded at the front.  He returned to Kiev after the war.  He was arrested when preparations were being made for the “Doctors’ Trial” in Moscow and then freed with the death of Stalin in 1953.  He was in Kiev until 1972 when he emigrated to Israel.  He resided there in Jerusalem.
He began writing at the age of twelve and published for the first time—two poems from the cycle “In shpil fun shneyen” (In the play of snows)—in 1928 in Di royte velt (The red world); at the same time, the supplement Yunger boyklang (The young sound of construction) to Yunge gvardye (Young guard) published a poem of his.  He wrote practically no poetry thereafter, moving over to prose.  He also published his first story in 1928, and from that point in time he published in most Soviet Yiddish publications: Farmest (Challenge), Sovetishe literatur (Soviet literature), the Kiev almanac Shtern (Star), and Sovetish heymland (Soviet homeland), among other serials.  His work also appeared in: Shlakhtn (Battles) (Kharkov-Kiev, 1932); the almanac Komsomolye (Communist Youth) (Kiev, 1938); and Dertseylungen fun yidishe sovetishe shrayber (Stories by Soviet Yiddish writers) (Moscow, 1969).  In Israel, he received the “Prime Minister’s Award for Literary Creativity in Yiddish.”  In honor of this, the committee for Yiddish culture in Israel published the pamphlet Prayz fun rosh-hamamshele far literarisher shafung in yidish (Prize of the prime minister for literary creation in Yiddish) (Tel Aviv, 1973), 34 pp.
His works include: Afn sheydveg (At the crossroad), stories (Kharkov: State Publ., 1930), 194 pp., concerning the decline of the shtetl after the October Revolution; Farkerte mezhes (Ploughed-up boundaries), his first novel (Kharkov-Kiev: Ukrainian state publishers for national minorities, 1932-1936), 2 vols., second printing of vol. 1 (1936), of vol. 2 (1941); Poleyser velder (Polesia woods), stories (Kharkov-Kiev: Ukrainian state publishers for national minorities, 1940), 256 pp.; Erev, roman (Eve, a novel) (Moscow: Sovetski pisatel, 1965), 235 pp., (Tel Aviv: Perets Publ., 1974), 4 vols. in 2, with fifth and sixth books (Tel Aviv: Perets, 1979), 317 pp., a full seven-volume text appeared in 1983 (Tel Aviv: Yisorel-bukh)—a work that deals with the lives of Jews in Russia from the beginning of the twentieth century until the 1970s, portions of which were translated into French, English, and Hebrew (under the title Beterem); Ringen af der neshome (Rings in the soul) (Tel Aviv: Yisroel-bukh, 1981), 2 parts, in Di goldene keyt [The golden chain] 92-93 [1977]), vol. 3 was beginning to be published in Yidishe kultur (Jewish culture) (New York) from June 1985—it is an autobiographical work; Baym shkie-aker (Dawn harvesting) (New York: Yidishe kultur, 1994), 392 pp., a depiction of a Polish Jewish dynasty over several generations.
Most critical articles concerning Shekhtman’s work engage with his most important and meaty book, Erev.  It was the crowning achievement of his literary career.  Where “the heroes speak for themselves in a language,” wrote Y. Rapoport, “that is loaded with experience, emotion, and artistic perspective…[there is] in every sentence the stamp of authentic artistry, of profound poetic importance.”
“For Eli Shekhtman as artist,” noted Hersh Remenik, “characteristic before all else is the capacity to demonstrate the principal arteries of life.  Secluded, irrelevant pathways have no place in his work….  Circumstantial opportunism and declarative superficiality are alien to Shekhtman.  The light and frivolous soar above the surface of the phenomena of life….  The artistic power of the author can be felt in the wealth and maturity of the images depicted, in the universality and individuality of the figures, in the certainty of the developments of the subject, in the dramatic tension of the conflicts, as well as…in the linguistic texture, word formations, and linguistic apparel of the entire depiction.”
“The narrative is extremely dense,” commented Froym Oyerbakh, “the events pressing each upon the next, people swarming about….  But he doesn’t look to pile colors on the theme, only on each of the events….  It is a bit of an exaggeration to compare him to [Dovid] Bergelson or Der Nister, but inasmuch as he is an important storyteller,…there isn’t the least doubt about it.”
In the words of Shloyme Bikl: “Next to D. Bergelson’s Penek (Penek),…M. Kulbak’s Zelmenyaner (The Zelmenyans), and Der Nister’s Mishpokhe mashber (The family Mashber), there stand [Erev] as one of the most important works of fiction that Soviet Yiddish literature has given us.” 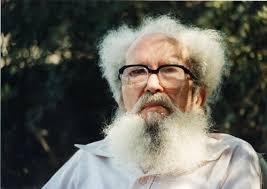 [1] According to the anthology Dertseylungen fun yidishe sovetishe shrayber (Stories by Soviet Yiddish writers) (Moscow, 1969), he was born January 8, 1908.