YANKEV PARNAS (December 31, 1901-December 27, 1975)
He was born in Warsaw, Poland.  He graduated from the Hildesheimer Rabbinical Seminary and a drama course of study in Berlin.  For a time he worked as an actor on the German stage, later a director of films.  He lived in Berlin, Paris, Argentina, Belgium, and Brazil, and he visited the United States and Israel.  He debuted in print with a sketch in Fraytik (Friday) in Berlin (1919-1920), later contributing sketches, stories, features, reportage pieces, reviews of books and theatrical performances, and journalistic articles to: Di tsayt (The times) in London; Naye prese (New press) in Paris; Di prese (The press) and Idishe tsaytung (Jewish newspaper), among others, in Buenos Aires; Unzer ekspres (Our express) and Literarishe bleter (Literary leaves) in Warsaw; Frimorgn (Morning) in Riga; Di vokh (The week) and Unzer togblat (Our daily newspaper) of which he was also editor, in Belgium; Dos idishe vokhnblat (The Jewish weekly newspaper), Idishe folkstsaytung (Jewish people’s newspaper), Di idishe prese (The Jewish press), and Brazilyaner idishe tsaytung (Brazilian Jewish newspaper) for which he served as editor from 1952.  He was the author of a number of dramas and comedies, performed in Yiddish theaters in South America, the United States, and Europe—among them, Dos redele dreyt zikh (The wheel turns).  He also wrote under such pen names as: Yenkele Kolobyaner and A. Flint.  He died in Rio de Janeiro. 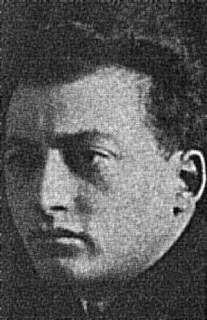