GAVRIEL PRAYL (GABRIEL PREIL) (August 21, 1911-June 5, 1993)
He was born in Dorpat (Yuryev), Estonia, the son of Elye Shrage.  His paternal grandfather was the famed rabbi Yehoshua-Yosef Preil, the first Orthodox writer to contribute to the modern Hebrew press and author of the religious texts, Egle tal (Drops of dew) and Ketavim nivḥarim (Selected writings).  In the years of WWI, his family members made their way from Kroki (Krakės), Lithuania (their fixed residence), to deep in Russia.  In 1919 they returned to Krakės.  Preil studied with private tutors in Telts (Telz) and in Hebrew high schools in Verzhbelove (Verzhbelov) and Marianpol.  In 1921 he was orphaned on his father’s side, and the next year he emigrated with his mother to the United States where they settled in New York.  He studied in the teachers’ seminary of the yeshiva of Rabbi Yitskhok Elchonon and at Yeshiva College.  He was a teacher, writer, and translator.  He began writing poetry and articles at age eight or nine.  He first published in Yiddish in Nyu-yorker vokhnblat (New York weekly newspaper) on February 8, 1935, and in Hebrew in Hadoar (The mail) in New York on January 17, 1936.  In subsequent years, he published in American Hebrew and Yiddish works, such as: Hadoar, Bitsaron (Fortress), Sefer hashana hayehude amerika (American Jewish annual), Hatekufa (The epoch), Mabua (Fount), Rivon katan (Little quarterly), Nyu-yorker vokhnblat, Inzikh (Introspective), Hamshekh (Continuation), Getseltn (Tents), Zamlbikher (Collections), Tsukunft (Future), Idisher kemfer (Jewish fighter), Di goldene keyt (The golden chain), Svive (Environs), and Morgn-zhurnal (Morning journal), among others.  In English, he published as well in: American Jewish Yearbook, Congress Weekly, Commentary, Jewish Book Annual, and Midstream.  He penned an annual survey of Hebrew literature for the yearbook of the Encyclopedia Britannica.  He also contributed to such Israeli publications as: Gilyonot (Tablets), Molad (Birth), Amot (Foundations), Moznaim (Balance), Atidot (Futures), Kneset (Assembly), Measef agudat hasofrim beyisrael (Collection of the association of writers in Israel), Shenaton davar (Davar yearbook), Haarets (The land), Gazit (Hewn stone), Haboker (This morning), Hauma (The nation), Karmelit (The Carmelite), Yokhani (Yokhani [a mythical bird]), and Eked (Collection)—and also in the Yiddish and Hebrew press of other countries.  In addition to poetry, he also published treatments of literary matters.  He translated from English into Hebrew and from Hebrew into Yiddish, both poetry and prose.  He was co-editor of the monthly for young writers, Niv (Utterance) in New York (November 1934-February 1938), and of the English-language publication: S. Shalom: The Poet and His Work (New York: Jewish Education Committee, 1950).  He was a member of the presidium of the Hebrew Pen Club in America from 1943.  In 1966 he was a member of the delegation of the Hebrew Pen Club to the World Pen Congress in New York.  He also wrote under the pen names: G. Ben-Eliyahu and P”gl.  In 1942 he received the Louis Lamed Prize for Hebrew literature.  In 1955 he received from the Jewish Book Council in America an award for his Hebrew poetry in his volume Ner mul kokhavim, shirim (Candle before the stars, poems); in 1962 the same award for his book Mapat erev, shirim (Map of evening, poems); and in 1965 from Bitsaron an award for Hebrew literature.  In 1965 he received a stipend from the Liza and Willie Schorr Fund at the World Jewish Culture Congress, and the Yiddish Pen Club published a book of his poems in Yiddish.  His books include: Nof shemesh ukhfor (Landscape of sun and frost) (New York, 1944), 76 pp.; Ner mul kokhavim, shirim (Jerusalem: Mossad Bialik, 1954), 103 pp.; Mapat erev, shirim (Tel Aviv: Devir, 1960/1961), 111 pp.; Gavriel prayl, mivḥar shirim udevarim al yetsirato (Gabriel Preil, selected poems and writings about his work), compiled and with an essay by Aharon Shabtai (Tel Aviv: Maḥbarot leshira, 1965), 28 pp.; Lider (Poetry) (New York, 1966), 79 pp.; Israeli Poetry in Peace and War (New York: Theodor Herzl Foundation, 1959), 28 pp.  He died in Jerusalem.
Yankev Glatshteyn wrote about his work as follows: “Preil introduced American tones into Hebrew poetry.  Preil’s Hebrew poems were poems of an American poet whose languages of composition were Hebrew and Yiddish.  Preil achieved this welcome strangeness both for the older and for the younger generation of Hebrew poets.  His contribution was a novelty in Hebrew poetry which added a new musical key, a new and fresh expressiveness, a specifically American unsentimental manner of laying out the lines.  Preil’s Yiddish poems were like a stroll back, and they possessed for the Yiddish poet a brand new interest, an Anglo-Hebrew breath restored and delivered to Yiddish.  Thus were Preil’s Yiddish poems surely read, with special interest and with a distinctive curiosity about his specific contribution to the Yiddish poem, about the beauty and the wealth of figurativeness that he brings, and about the views of what his subsequent books of Yiddish poetry will bring.” 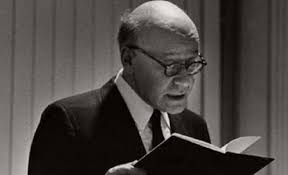