TSVI (-YISROEL) PRILUTSKI (PRYŁUCKI) (June 29, 1862-May 21, 1942)
The father of Noyekh and Nakhmen Pryłucki, he was born in Kremenets (Krzemieniec), Volhynia.  A friend, Isaac Baer Levinsohn, raised him in the spirit of the Jewish Enlightenment and left him to study, in addition to Jewish subject matter, also Russian, German, and French.  In 1880 he was a free auditor at Kiev University and later at the University of Berlin.  He debuted in print with an essay, entitled “Shivat tsiyon” (Return to Zion), in Haboker or (The morning light) in 1880.  He took an active role in the “Ḥibat Tsiyon” (Love of Zion) movement.  He traveled about Volhynia to campaign for the idea of a settlement in the land of Israel, was a member of the order Bnei Moshe (Children of Moses), and wrote a great deal about such a settlement in Hamelits (The advocate).  He ran a regular section in the paper in the 1890s entitled “Pinkas katan” (Small record) under the pen name Emindov; and he polemicized with Moshe-Leyb Lilienblum about Jewish workers in the land of Israel.  He wrote in opposition to Aḥad Ha’am’s impressions of Israel, a series of 100 articles entitled “Al dvar totsaot habikoret” (Concerning the results of an inquiry), and he also wrote for Hatsfira (The siren).  In 1900 he left Kremenets and settled in St. Petersburg where he turned entirely to journalism.  Until 1903 he was an internal contributor, for a time also political editor of Hamelits, and he published numerous articles there, also under such pen names as: Av, Bar-Galuta, P, and Ben-Sara.  He later placed work in Hazman (The times) and the Russian Jewish Budushchnost’ (Future) in St. Petersburg, and he contributed to the collection Evreiskii Yezhegodnik (Jewish yearbook) in 1902.  He published for the first time in Yiddish in Leon Rabinovitsh’s Bleter fun a togbukh (Pages from a diary).  In 1902 he began to intercede on behalf of permission a Yiddish-language newspaper.  The permission was received at a time of political spring in Russia, and the newspaper was published in Warsaw.  The first issue appeared on August 14, 1905, entitled Der veg (The way), with the participation of Dr. Eliashev (Bal-Makhshoves), H. D. Nomberg, Dr. Yekhezkl Vortsman, A. L. Yakubovitsh, and others.  Over internal conflicts and poor business management, the newspaper closed down, was revived at the end of November, and then completely ceased publication in late 1906.  He was at this time drawn to the newly created cooperative newspaper Unzer lebn (Our life), published from February 18, 1907, by A. Spektor and Sh. Hokhberg, and over the course of four years he published in it all manner of political surveys under the title “Der moment” (The moment).  At the end of 1910 his son Noyekh, with assistance from several partners, succeeded in putting together a new newspaper, Der moment, and from the point Tsvi Pryłucki served as its editor.  The newspaper went through a number of transformations and was geared to a middle-class Jewish audience, and it later became one of the strongest Yiddish newspaper undertakings in Poland.  From July 1914 the newspaper also began publishing an afternoon edition, which in its last years was called Radyo (Radio).  In 1921 he published an Almanakh (Almanac) for the tenth anniversary of Der moment (Warsaw), and Pryłucki published in it a long piece, “Di role fun der yidisher froy in modernem yidish-gezelshaftlekhn lebn” (The role of the Jewish woman in modern Jewish social life).  During the Nazi occupation, he was confined in the Warsaw Ghetto, and there he died.  He left behind a pair of notebooks of memoirs which were taken down by his daughter; these memoirs are now housed in the Jewish Historical Institute in Poland. 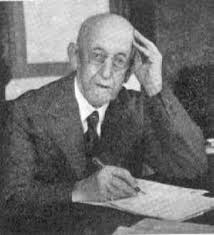