Z. Y. ANOKHI (ZALMAN-YITSKHOK ARONSON) (July 18, 1878-October 15, 1947)
Born in Lyady, Byelorussia.  His father was rabbi and head of the yeshiva in Lyady, later rabbi in Krutshi where Anokhi spent his first childhood years.  He studied in the Telz (Telšiai) Yeshiva, as well as in the “Group” (Kibbutz) of Musarniks in Minsk.  He wrote his first essay, “Yihye ma sheyihye” (Come what may), for a yeshiva journal.  He was early on attracted to secular subject matter and lived for a time in Homel (Hamel, Gomel) in the circle of Hillel Zeitlin, A. N. Gnessin, and Y. Kh. Brener—later, in Odessa he forged ties with anarchist circles, was arrested, and spent six months in an Odessa prison.  After his release, he came to Vilna and began in general to lead a life of wandering.  He launched his literary debut in Hebrew.  In 1903 he published in Hashiloach (The shiloah) his story “Hayenuka” (The child-rabbi)—and shortly thereafter “Hekharits” (The fissure) in the Vilna collection, Hazman (The time).  These two novellas made a quite an impression in Hebrew literary circles.
In 1905 Anokhi switched into Yiddish.  Until the outbreak of WWI, he published stories in: Dos yidishe folk (The Jewish people), Der fraynd (The friend), Di folks-tsaytung (The people’s newspaper), Literarishe monatshriftn (Monthly literary writings), Di tsayt (The times), Fun tsayt tsu tsayt (From time to time), and Di yudishe velt (The Jewish world), among others.  In 1909 he published them under the general title of Tsvishn himl un erd (Between heaven and earth).  He attempted in them to express the psychological conflicts arising among the new intellectuals.  In a second series—In a farvorfn vinkl (In a secluded corner), Elyahu der shoykhet (Eliyahu the slaughterer), R. elkhonen (R. Elkhanan), and chiefly in a cycle of monologues entitled R. abe (R. Abba)—Anokhi depicted in a romantic, nostalgic style images from a bygone epoch, representative of a distant, pure faith, a world primarily of Lithuanian Hassidim and Hassidism.  He excelled as a master reader (out loud) of the monologues comprising R. abe; during his frequent travels, he would perform recitations that were received with great success.  Anokhi’s reputation personifying R. abe made its way to the then settlement in Palestine, and he spent 1910-1911 there.  During WWI and the first years after the war, he lived in Simferopol’ in the Crimea.  He arrived in Moscow in 1921 and worked for a short time in the archives of the Commissariat for Jewish Affairs.  In the winter of 1922, he departed for South America, and along the way he was delayed for several months in Berlin before arriving in Argentina in the autumn of 1923.  He traveled through the principal Jewish communities of the South American continent, giving his R. abe recitations.  In 1924 he came to Palestine where he became a resident, and he held a position as a tax collector in the municipality of Tel Aviv.  He wrote little after this point, aside from several novellas in Hebrew.  He now turned his attention to translating his Yiddish work into Hebrew.  He took no part in community life, although he was much beloved especially among writers’ circles as a dreamer and as an extremely sympathetic personality.  Among his books: Tsvishn himl un erd (Warsaw, 1909), 125 pp. (second edition, 1911); Gavriel (Gabriel) (Warsaw, 1910), 125 pp.; R. elkhonen un andere dertseylungen (R. Elkhanan and other stories) (Warsaw, 1911), 71 pp.; R. abe (R. Abba) (Warsaw, 1911), 99 pp.; Shrtiftn (Writings) (Warsaw, 1912), 305 pp.; Vinter (Winter) (Kiev, 1913); Undzer land, natur- un shteyger-bashraybung fun erets yisroel (Our land, a description of the nature and customs of Palestine) (Kharkov, 1919), 32 pp.; Ben shamayim vearets, sipurim (Between heaven and earth, stories) (Tel Aviv, 1945), a translation of Tsvishn himl un erd by Y. Koyfman, with a portion written originally in Hebrew; R. abe un andere ksovim (R. Abba and other writings) (Buenos Aires, 1953), 301 pp.  Anokhi’s work was also published in Hebrew translation.  A German translation of R. abe by Fega Frisch was put out by Schocken Verlag (Berlin, 1936).  He left in manuscript a four-act play entitled Etele (Etele) which was staged in New York in 1928, as well as in the Tent Theater in Israel under the title “Hatavas hazahav” (The golden peacock [Y. Di goldene pave]).  Habima staged his second play, Habayit (The house).  Etele (di goldene pave) was first published after Anokhi’s death in the volume, R. abe un andere ksovim which was appeared in Buenos Aires in 1953. 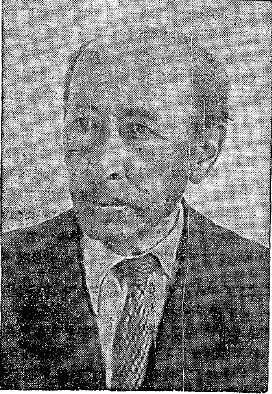