OSKAR OSTROF (OSCAR OSTROFF, SHIYE OSTRITSKI) (July 28, 1904-April 7, 1979)
Born in Kishinev (Chișinău).  His father was a former colonist in Kherson, a grain merchant by trade.  He studied in the Kishinev elementary school and later in Mikulin’s Jewish high school.  At age eleven he sang in a Yiddish operetta and at the time of his bar mitzvah he was playing with amateur ensembles.  In 1919 he translated from Russian S. Poliakov’s drama “Labirint” (Labyrinth).  He emigrated to the United States in 1923, and he became a theater critic in 1924 for the Detroit division of Tog (Day), as well as acting in the Yiddish theater.  From 1925 to 1932, he wrote theatrical pieces which were staged in the United States and Europe, including: “Yolden” (Suckers), “Dos blumen meydl” (The flower girl), “Eltern un kinder” (Parents and children), “Yankeles khasene” (Yankele’s wedding), “Di froy vos lakht” (The woman who laughed), and “Ven du gloybst” (When you believe).  He translated from English such stage pieces as Regn (Rain), among others.  In 1932 he wrote (under the pen name of Y. As-ki) theater reviews in Antverpener yidishe prese (Antwerp Jewish press) and Bruseler kuryer (Brussels courier), as well as a series of articles about American Yiddish theater in the Lvov serial Nayer morgn (New morning), 1932-1933. 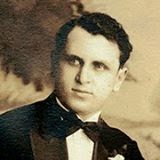