NOSN SVERDLIN (NATHAN SWERDLIN) (December 4, 1907-June 9, 1981)
He was born in Kupishok (Kupiskis), Kovno district, Lithuania, to a father who worked as a pharmacist.  While still a child, the parents settled in Vilna where he received a national-religious upbringing.  He studied in religious elementary school, yeshiva, and later in the first Vilna Jewish senior high school.  He later graduated from a Polish high school and studied history, law, and political science at Vilna University.  For a time he served as general secretary and vice-president of the Jewish student association in Vilna.  He debuted in print in 1928 with articles in Trybuna akademicka (Academic tribune), and later (1928-1936) he was a regular contributor—and a member of the editorial board—of the Vilna Zionist daily Di tsayt (The times), in which he wrote on Yiddish and Polish theater and film.  In 1936 he came to New York, worked for a time as a teacher in the Jewish schools of the National Jewish Workers’ Alliance, and continued studying at New York University and the University of Chicago.  He received his doctorate on the topic of the peaceful resolution of international conflicts.  From 1945 he was a regular contributor to Tog (Day), later to Tog-morgn-zhurnal (Day-morning journal), in which—aside from his writing a variety of journalistic pieces under the pen name S. Nayten—he also edited the theater page, “Baym forhang” (At the curtain), which appeared every Thursday and included reviews, notices, and articles on theater, film, artists, and music.  He also published essays about the Yiddish stage in the Parisian journal Teater-shpigl (Mirror on the theater) and Di tsukunft (The future) in New York.  He was elected to three terms (1957-1963) as president of the Film Critics Circle of the Foreign Language Press in America.  He was vice-president and from 1958 also several times president of the Y. L. Perets Writers’ Union in New York.  In 1960 he was a delegate to the conference of Hebrew and Yiddish journalists in the state of Israel.  He was also a contributor to the Leksikon fun yidishn teater (Handbook of Yiddish theater), edited by Z. Zilbertsvayg and published under the supervision of the Yiddish actors’ union in America.  He died in New York. 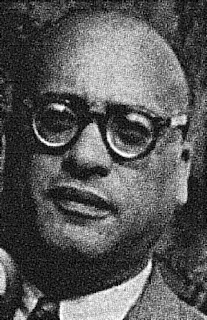