He was a prose author, born in the town of Vizshnits (Vyzhnytsya), Bukovina, Ukraine.  He studied in a public elementary school.  Over the years 1935-1938, he pursued Germanic studies at the University of Vienna.  He debuted in literature in 1934 with a novella entitled “Afn splav” (On the train of wood), in which he described Jewish foresters on the banks of the Czeremosz River. He worked as a teacher in Czernowitz and wrote stories in which he sang of the Carpathian Mountains, their heroic and mighty people, and the magnificent nature there. His lyrical prose was imbued with the romantic, original in language and style, and giving expression to images to be remembered. During WWII, he evacuated deep into Russia, in the Ural Mountains from 1941 to 1958.  Later, he returned to Czernowitz and resumed teaching and publishing stories and essays in Sovetish heymland (Soviet homeland) in Moscow, Birobidzhaner shtern (Birobidzhan star), and in foreign newspapers and journals.  In addition, he wrote stories, novellas, and sketches for Tshernovitser bleter (Czernowitz pages), Literarishe bleter (Literary leaves) in Warsaw, Shoybn (Glass panes) in Bucharest, Di vokh (The week), Folks-shtime (Voice of the people) in Warsaw, and Naye prese (New press) in Paris. His writings have been translated into Russian, German, Ukrainian, English, Hungarian, Italian, and Hebrew. He acquired the title of a cultural leader in Ukraine and was awarded the Segal Prize (Israel, 1992) and the Shnaydman Prize (Sweden, 1997). There is a street named for him in the city of his birth, Vyzhnytsya. “Yoysef Burg is a wonderful describer,” wrote Lili Berger.  “His prose occupies high artistic heights.  At times it is poetry in prose form.” 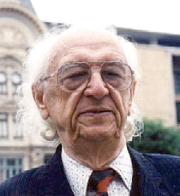