ARN BZHEZHINSKI (AARON BRZEZINSKI) (1890-January 3, 1940)
Born in Amshinov (Mszczonów), near Warsaw, into a Hassidic family, he received a traditional Jewish education.  In his early youth he was captivated by anarchism, and he spent time in prison.  Prior to WWI, he made his way to Paris, where he studied sculpture at the Art Academy of Paris.  During the war years, he was in London where he positioned himself close to the anarchist movement.  During the February Revolution (1917), he returned to Russia, and several years later he went to Warsaw and from there back to Paris where he continued his studies at the Art Academy.  He supported himself by working for a furniture maker and by giving violin lessons.  He was secretary of the “Association of Jewish Artists in Paris.”  In 1932 he wrote about art in Der tog (The day) in Paris (edited by Noah Pryłucki), and he also contributed to Dos fraye vort (The free word) in London (edited by Y. N. Shteynberg).  In March 1939 he edited Di fraye tribune (The free tribune) in Paris.  He died in the sanatorium of Ris-Orangis, near Paris. 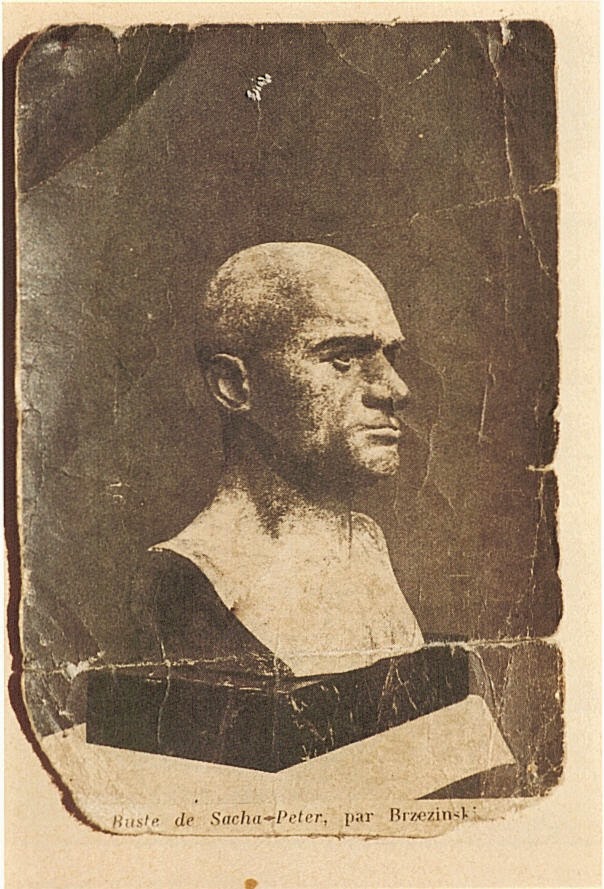