YEHOYNASON BATNITSKI (JONATHON BATNITZKY) (January 15, 1899-December 22, 1980)
Born in Mariampol, Lithuania.  His father, Shloyme-Pinkhes, was a local rabbi.  He studied in the Slobodker yeshiva as well as with private tutors.  After WWI, he served as secretary of the Jewish National Board in Kovno until the elimination of Jewish autonomy in Lithuania.  He was also the general secretary of Heḥaluts (Pioneers) in Lithuania.  His first published articles appeared in 1921 in a Poale-Tsiyon serial.  He made aliya to Israel.  He was later called to Brazil to manage a Poale-Tsiyon school in Porto Alegre.  In 1928 he moved to South Africa.  He was member of the editorial board of Afrikaner (African) in Johannesburg (until 1933), in 1937 he was editor of the Poale-Tsiyon publication Di prese (The press), 1939-1948 he was editor of Afrikaner yidisher tsaytung (African Jewish newspaper), from 1949 he was the editor-publisher of Yorbukh dorem-afrike (South African annual), and in 1950 the editor of Tsafim.  His books include: Yisroel tsvishn mizrekh un mayrev (Israel between east and west) (Johannesburg, 1950), 20 pp.  He also published articles in Tsukunft (Future) in New York, Davar (Word) in Tel Aviv, and elsewhere.  He died in Johannesburg. 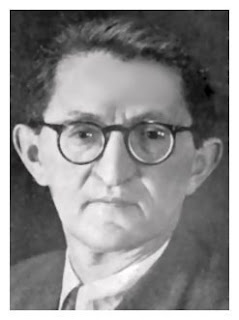