MOYSHE BOGDANSKI (August 5, 1889-October 6, 1938)
Born in Poland where he received a traditional education.  By trade, he worked as a Hebrew teacher.  In 1914 he emigrated to Palestine, and in 1916 he settled in Chicago.  He was one of the founders of the Perets Schools there.  He was a teacher in the Workmen’s Circle schools, from which one of them took his name.  He was an active Zionist.  He wrote for: Yidishe velt (Jewish world) in Philadelphia; Kuryer (Courier) in Chicago; Di tsayt (The times), Forverts (Forward), Shikager zhurnal (Chicago journal), Moyshe-Elyahu Indrits’s Yontef bleter (Holiday leaves), his Yontef shriftn (Holiday writings), and his Vokhnblat (Weekly news).  He edited: Ineynem (All together) in Chicago, a journal of which only a few issues appeared; Undzer yugnt (Our youth), collected writings of students in the Chicago Workmen’s Circle schools (together with B. Grobard).  Among his books: Unter amerikaner himlen, di legende kolumbus un andere folks-mayses un dertseylungen (Under American skies, the legend of Columbus and other folk stories and tales), vol. 1 (Chicago, 1936); Felder un zangen, kinder lider (Fields and corn stalks, children’s song) (Chicago, 1937), 56 pp.; Letste klangen, lider (Final sounds, songs) (Chicago, 1939), 69 pp.  He died as a result of an automobile catastrophe in Chicago. 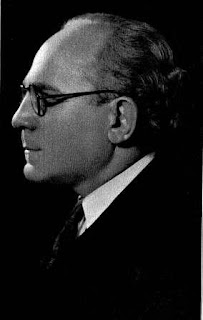