The author of poetry and stories, he was born in the town of Shumyatsh (Shumyachi), Smolensk district, Byelorussia [now in Russia], into a poor family of a wagon driver. He studied in religious elementary school and yeshivas. At age fourteen he joined the Bund, for a short the Zionist socialist party, and then back to the Bund. He lived in Ekaterinoslav (Dnepropetrovsk) where he worked as a painter and tinsmith, later moving to Odessa, Kharkov, Penza, and a variety of colonies in Tavriya; in 1921, he moved to Moscow. At age twenty he began writing poetry and stories about working life. He debuted in print in 1917 in the Minsk newspaper Veker (Alarm). From that point he contributed work to most Soviet Yiddish publications: Shtrom (Current), Royte velt (Red world), Shtern (Star), Yungvald (Young forest), Sovetish (Soviet), Prolit (Proletarian literature), Sovetishe literatur (Soviet literature), and Forpost (Outpost), as well as in Sambatyen (Sambatyon) in Riga and Vispe (Islet) in Kovno, among other serials. He published his first book, Bobe-mayses, kinder-poemen (Fairy tales, children’s stories), in 1918, and the following year Moyerkeplakh (Seashells). In the years when he was living in Kharkov, he made his first efforts at playwriting. His drama Di oyfvakhung (The awakening) was staged by Kharkov’s “Gzhatkin’s Theater.” He was especially active in the realm of literature once he moved to Moscow. A distinctive place in his poetry was reserved for the revolutionary events in Russia. Together with many other writers, he went to the front with the Moscow militia. He died in battle in 1941 near the Russian city of Vyazma.

“It so happens,” noted Yekhezkl Dobrushin, “that Rosin, a poet of a lyrical, intimate cut, who started with his own spiritual light-and-shadow play and created his own grid of word and rhythm; he has adapted his initial way, it would seem, for us [in the Soviet Union] with examples of our concrete way of life.” “With each new book,” wrote Arn Kushnirov, “Rosin wrote as a master craftsman. With extraordinary thoroughness, he achieved a heartfelt popular language, and one can say that numerous attainments are linked to his name for our [Soviet] lyrical poetry. He expanded its thematic range…. Rosin’s poetry embraced the tender feeling of love, the exact depiction of nature, divergent political and social themes.” 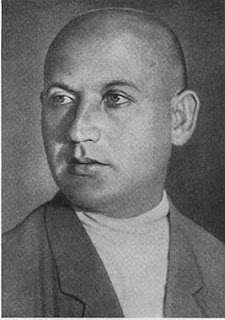