DOVID-HERSH ROSKES (DAVID ROSKIES) (b. March 2, 1948)
He was born in Montreal and received a secular Jewish education.  He received his doctoral degree from Brandeis University for a dissertation on Ayzik-Meyer Dik.  He studied in the Yiddish department of Hebrew University.  He was a cofounder of “Yugntruf” (Call to youth), a youth movement for Yiddish.  From 1975 he was assistant professor of Jewish literature at the Jewish Theological Seminary in New York.  He wrote for: Afn shvel (At the threshold), Der veker (The alarm), Kultur un dertsiung (Culture and edecation), Kinder zhurnal (Children’s magazine), and Keneder odler (Canadian eagle).  He published literary articles in: Di goldene keyt (The golden chain), Yidishe shprakh (Yiddish language), and Yugntruf which he co-edited (1966-1972) and in which he placed reviews, reportage pieces, stories, and features.  He also wrote in English on Yiddish literature and translated from Yiddish into English (such as works by Lamed Shapiro and Yoysef Opatoshu) and from English into Yiddish: Dan Davin’s Dem ovnt tunklt, zikhroynes vegn itsik manger (The Evening Darkens: Memoirs about Itzik Manger) (Tel Aviv, 1974), 64 pp.  His English writings include: Against the Apocalypse: Responses to Catastrophe in Modern Jewish Culture (Cambridge, Mass.: Harvard University Press, 1984), 374 pp., for which he was awarded the Y. Y. Sigal Prize.  He won a Guggenheim Fellowship to research the tradition of the stylized folktales in modern Yiddish literature.  This led to his book: A Bridge of Longing: The Lost Art of Yiddish Storytelling (Cambridge, Mass.: Harvard University Press, 1989), 419 pp.
Berl Cohen 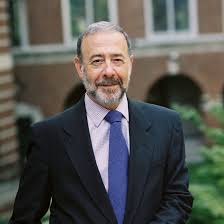