MARK ARNSHTEYN (ARNSTEIN) (January 2, 1878-1943)
Born in Warsaw, his father was an iron manufacturer.  He studied in religious elementary school, and later in a private high school.  He worked for a period of time in a metal factory and at the same time continued his studies.  At age fourteen, he joined an amateur troupe of actors.  In 1897 he first published in the Polish-Yiddish newspaper Izraelita under the pen name “Andrzej Marek.”  In 1900 he wrote a drama in Polish entitled Khsidim (Hassidim), which was staged in Polish in Warsaw.  Around 1901 he began to publish in Yiddish in Der yud (The Jew) in which his one-act play, Der eybike lid (The eternal song), appeared.  The play depicted the life of laborers, and it later became part of the Yiddish theatrical repertoire (first staging, Riga, 1905).  He became well known for his play Der vilner balebesl (The young gentleman of Vilna)—about a cantor, R. Yoyel-Dovid Levnshteyn, in Vilna.  He wrote in Polish a play entitled Pieśniarze (Singers), staged in 1902 in a Polish theater in Lodz, and in 1905 in Yiddish.  The Vilna Troupe later performed this play with great success.  In 1905 he translated into Polish and directed Sholem-Aleykhem’s Tsezayt un tseshprayt (Widely scattered).  In 1912 his play, Di malke shabes (Queen of the Sabbath), was performed in Russian in Odessa.  At the same time, his play Naomi was being performed in Lodz in Polish.  Aside from this, he published stories, humorous pieces, poems, and theater reviews in Yud, Fraynd (Friend), Veg (Way), and Unzer lebn (Our live), among others.  He followed the advice of those in the circle of Y. L. Perets and strove to create a better Yiddish theater in Warsaw.  In 1914 he arrived in the United States where he staged his historical drama, Der letste meshiekh (The last messiah), as well as A yidishe tokhter (A Jewish daughter), and he published three one-act plays in Avrom Reyzen’s anthology Dos naye land (The new land).  He returned to Russia in 1916 and became director of the Russian theater in Vitebsk.  About this time, he wrote a series of one-act plays which were staged on Russian miniature stages and were published in the Russian magazine, Teatr i iskusstvo (Theater and art).  Together with N. Tsemakh, he contributed to the founding of Habima [the Hebrew-language theater] and was one of its first directors.  The commissar for Jewish affairs, Shimon Dimentshteyn, invited him to organize a Yiddish state theater in the Soviet Union.  The effort was unsuccessful, and in 1919 he came once again to the United States where he staged his comedies, A zun fun tsvey natsyonen (A son of two nations, 1920), Far der khasene (Before the wedding), and Di khsidishe tokhter (The Hassidic daughter).  In 1921 he directed in the Yiddish Art Theater in New York.  He published stories, articles, and poems in Tsukunft (Future), Tog (Day), Tsayt (Time), and Morgn-zhurnal (Morning journal).  In 1923 he was in Argentina where he founded an amateur troupe and traveled around the Jewish colonies with it.  In 1924 he was in Chile where he gave lectures on Yiddish and Yiddish art.  That same year he staged in Rio De Janeiro, Brazil, his drama on Russian life: In roytn land (In the red land).  In 1924 he returned to Poland where he staged in his own Polish translation of Sh. An-sky’s Dybbuk and H. Leivick’s Golem—and in the Yiddish theater, for the first time in Europe, Harry Sekler’s Yizker (Prayer for the dead).  In 1928 he staged the Golem in Kraków in the original.  The following year he staged Mirele efros in Lodz in Polish in his own translation and adaptation.  Even during the period of the Nazi invasion when he was in the Warsaw Ghetto, Arnshteyn did not cease his theatrical activities.  In 1941 he staged Mirele efros in Polish and contributed to the Yiddish cultural organization “IKOR” (Yidishe kolonizatsye organizatsye in rusland).  He was murdered in 1943 by the Nazis.
Among his book-length works: Dos eybike lid, a bild fun arbayter lebn in eyn akt (The eternal song, a scene from the life of laborers in one act) (Warsaw, 1907), 28 pp.; Der vilner balebesl, drame in fir aktn (The young gentleman of Vilna. a drama in four acts) (Warsaw, 1908), 102 pp.; A yidishe tokhter, drame in dray aktn (A Jewish daughter, drama in three acts) (New York, 1914), 98 pp.; Mayn vaybs meshugas, komedye in eyn akt (My wife’s craziness, a comedy in one act) (New York, 1920), 32 pp.; Dramatishe shriftn (Dramatical writings), vol. 1 (Moscow: Kunst un lebn, 1918; Warsaw, 1926), 84 pp. (including: Dos eybike lid; Ver iz der gonef? [Where is the thief?]; Mayn vaybs meshugas; and Shvester un bruder [Sister and brother], a tragi-comic play in one act [Moscow: Kunst un lebn, 1918], 30 pp.); Dramatishe shriftn, vol. 2 (Warsaw, 1928) (Di nekome [Revenge], a translation; Ven di bleter faln [When the leaves fall]; Der friling geyt [Autumn departs], a dramatic study in one act [Moscow: Kunst un lebn, 1918], 25 pp.; Ven der tayvl lakht, [When the devil laughs]; Dem zeydns matone [A gift from grandpa], a comedy in one act for children; Di makhsheyfe [The witch], a children’s play).  Dos eybike lid in an improved printing appeared in Moscow in 1919 as well.  In 1918 in Moscow, a volume of his dramatical writings (Dos eybike lid, Shvester un bruder, and Der friling geyt) was published.  In Hebrew: Hashir hanitskhi (The eternal song) (Jerusalem, 1906-1907); Hashir hanitskhi (Bialystok, 1913), translated by Pesakh Kaplan.  A number of his one-act plays and other dramas appeared in Polish, Spanish, English, and Russian translations. 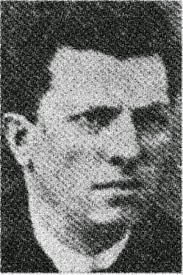