BOREKH (BORIS) ARONSON (October 31, 1898-November 16, 1980)
Born in Nyezhin (Nizhyn), Ukraine, where his father, R. Shloyme, was the rabbi.  At age ten he moved with his parents to Kiev.  He received both a Jewish and a general education.  In 1916 he was a student at the Kiev Art School.  In 1919-1920 he was a manager of the art studio at the Culture League in Kiev.  He studied in Moscow.  He decorated A. Vayter’s drama “Far tog” (Dawn) for the Moscow Jewish art theater.  In 1923 he was in Berlin to participate in the major art show there.  From 1924 he was living in the United States.  He belonged to the modernist group of Jewish painters, and he published articles in Oyfgang (Arise) (put out by “Kultur lige” [Culture league], 1919), Bikher-velt (Book world) (1922), and Tealit (Theater and literature), among others.  He published in Russian a major work entitled Sovremennaia evreiskaia grafika (Contemporary Jewish graphics) (Berlin: Petropolis, 1923), 104 pp., and a monograph, Mark shagal (Marc Chagall), translated from the Russian original by Sholem Ben-Borekh (pen name of Yitskhok Kharlash) (Berlin: Petropolis, 1924), 31 pp.  He also published in French: Boris Aronson et l’art du théâtre (Boris Aronson et the art of the theater) [Paris, 1928], reproductions of his stage scenery with an introduction by Waldemar-George (16 pp. in journal format, 32 images).  He lived in New York and worked as well as a stage designer for the English theater. 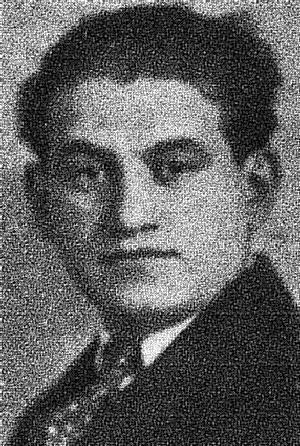