He was an actor and playwright, born in Dvinsk (Daugavpils), Latvia.  His father was a tailor.  Until age twelve, he studied in religious elementary and secondary schools, thereafter until age fifteen in a secular middle school.  Under the influence of the famed Yiddish actress Ester-Rokhl Kaminsky, who was performing in a guest role in Dvinsk, he joined the Yiddish theater; he was already in his school, playing in and organizing amateur performances.  He became an extra in Yiddish and Russian acting troupes, later running off with Yankev Guzik’s troupe and stayed there for several months, but was disappointed and returned home. He then began working in dramatic circles, in particular the Riga theater “Evriye.” He played in and directed Yiddish state theaters under the Soviet regime.  In 1917 he came to Kharkov, where he took part in the establishment of a Yiddish artists association. In 1918 he became a managerial member of the association, helped to organize the theater “Undzer vinkl” (Our corner), and performed in its performances. At the same time, he contributed as well to the theater studio under the leadership of Moyshe-Arn Rafalski. In 1921 he moved to Kovno, and with a group of artists founded there a Yiddish theatrical studio with the people’s council, and later with the Kultur-lige (Culture league). In October 1923, Rafalski summoned him to Moscow to join him in the Yiddish State Theater Studio which was planning itself to be the nucleus of the future Yiddish State Theater of Minsk. From 1926 he performed in this theater, while also directing drama circles in the workers’ clubs in Minsk and Homel (Gomel). He also wrote plays for the Yiddish theater. In the 1930s and 1940, he worked in the Yiddish State Theater of Birobidzhan, in which he performed a series of leading roles. When the theater was shut down in 1948, he moved to Khabarovsk and led amateur Russian theatrical troupes. He was deported to Soviet camps (Gulag); after his rehabilitation in 1956, he lived in Riga.  In 1972, he made aliya to Israel and died in Bnei-Brak.

He wrote articles about Yiddish theater in the Soviet Yiddish press.  He was the author of the following dramas: Ristokratn un mentshn (Aristocrats and people), a dramatic composition in two acts, eleven scenes, adapted from Sholem-Aleykhem (Minsk, 1928), 68 pp.; Luft-parnose (A livelihood on air), a play in three acts, five scenes, adapted from Sholem-Aleykhem (Minsk, 1930), 70 pp.  He authored Vayehi, un geven iz (And it came to pass) (Tel Aviv, 1978), 112 pp. He translated a play by Gabriela Zapolska into Yiddish as Di zeyln fun moral (The pillars of morality).  He also wrote for: Lebns-fragn (Life issues), Folksblat (People’s newspaper), and Letste nayes (Latest news). 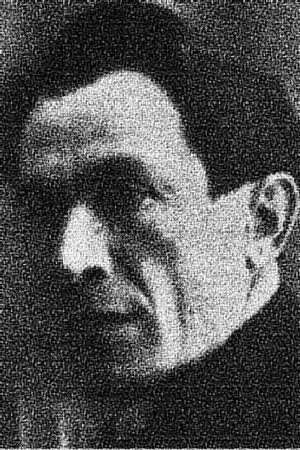