NOKHUM STUTSHKOV (NAHUM STUTCHKOFF) (June 7, 1893-November 6, 1965)
His family name at birth was Shtutshka.  He was born in Brok, Lomzhe region, Russian Poland.  In 1900 his family moved to Warsaw.  He studied in religious elementary schools and later in yeshivas in Lomzhe and Warsaw, and in the Vasilkov (Wasilków) group.  Surreptitiously, he began to education himself.  He became a member of the drama circle Hazemir (The nightingale), under the supervision of Y. L. Perets.  He translated and adapted for the theater a series of plays, such as: Der dakhdeker oder shlyomke blekher (The roofer or Shlyomke the tinsmith [original: Der dachdecker]) and Der kleyner toes (The little mistake [original: Ein kleiner Irrthum (The little error)]—both by Louis Angely; Herkules (Hercules), a one-act play by G. Bel; and the melodrama Di gasnkinder (The street kids); among others.  He traveled around Poland and Russia with the Kompanyets Troupe.  In Kharkov he was drafted into the Russian army.  After completing military service, he worked with Adolph Segal in the theater and translated for him such plays as: Khave (Eve), Yehudis (Judith), Farkoyfter shklaf (Sold slave), and Der 70-yoriker yubileum (The seventieth-year jubilee).  Over the years 1917-1921, he participated in the Kharkov Yiddish theater “Unzer vinkl” (Our corner) and for it adapted Voltaire’s Dos kapore-hindl (The scapegoat [original: Candide?]), Molière’s Skopyens shmad-shtik (The tricks of Scapin [original: Les Fourberies de Scapin]), and Jacinto Benavente’s Interesn-shpil (Play of interests [original: Los intereses creados (The bonds of interest).  He later became the leader of the Vitebsk Yiddish state theater and translated for it Molière’s Der karger (The miser [original: L’Avare]).  In 1923 Stutshkov came to the United States and played in a number of different theaters.  He was also the author of a series of original stage pieces, such as: Mazl tsu froyen (Women’s luck) under the pen name N. Broker, Di tsvey kales, oder a khasene in shtetl (The two brides, or a wedding in town), Der holdop in di maunteyns (The hold-up in the mountains), Di dray hasanim (The three bridegrooms), Der argentiner tate oder far a tatns zind (The Argentinian father or for a father’s sin), Farges mikh nit oder froy fun amol (Forget me not or the woman from the past), In roytn rusland (In red Russia), Az der rebe vil (What the rebbe wishes), Meridzh laisens (Marriage license), and Oy, amerike (Oh, America), among others.  In 1926 he became secretary of the Yiddish playwrights’ league in America.  From 1932 he performed on Sundays for radio station WEVD a radio program for children entitled “Feter nokhums sho” (Uncle Nokhum’s hour), as well as other programs with such titles as: “Bay tate-mames tish” (At the family table), “Mame-loshn” (Mother tongue), “Sheker un shlimazl” (Liar and unlucky), and “In a yidisher groseri” (In a Jewish grocery store).  From the 1930s he was also well-known as a lexicographer.  His first book was: Yidisher gramen-leksikon (Yiddish rhyming lexicon) (New York: Leksik, 1931), 330 pp.  His greatest lexicographic accomplishment was: Oytser fun der yidisher shprakh (Treasury of the Yiddish language), edited by Dr. M. Weinreich (New York: YIVO, 1950), 936 + 60 pp.  This thesaurus is arranged (according to concepts, also according to the significance or characteristic attributes) into 620 groups with an index of 200 pages, the rules of YIVO orthography, with instructions on how to use the book.  This volume prepared the groundwork for another language project: Der groyser verterbukh fun der yidisher shprakh (The great dictionary of the Yiddish language).  “In Nokhum Stutshkov,” wrote Max Weinreich, “was combined the love of his mother tongue, an understanding of generalizations and particularities, tireless diligence and practice in administering a plan of action….  The form in which the user now possesses Oytser fun der yidisher shprakh (a book of 1,000 pages, painstakingly thought out in structure) is without a doubt the greatest concluding achievement of Yiddish lexicography since Shiye-Mortkhe Lifshits’s dictionary work in the last third of the nineteenth century.”  With the publication of Oytser, he began working on the “Great Dictionary” project.  He executed the necessary organization task of the project and assembled a great quantity of materials, but alas he did not remain with the new institution (his role in the Dictionary project is noted in the introduction to its first volume).  In subsequent years Stutshkov prepared a treasury of the Hebrew language entitled Otsar hasafa haivrit (Treasury of the Hebrew language), published posthumously in New York in 1968.  In 1960 he visited the state of Israel.  He also wrote under the pen names: Gamzu and N. Broker.  He work appeared as well in: Shtern (Star) in Minsk in 1920 and Forverts (Forward) in New York. 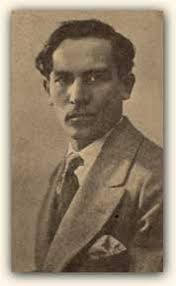