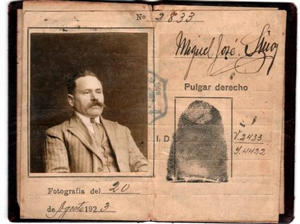 “Sinai came to the published Yiddish word in Argentina,” wrote Sh. Rozhanski, “as a fine people’s teacher and remained as such his entire life….  Teaching and finding a popular register also became the tone of his writing.  With idealism he spread love of the Yiddish word.  As a teacher in YIKO schools and other educational institutions in various cities and towns of the Argentine provinces,…Sinai always considered his writing articles and stories, just as his giving public lectures (largely about Yiddish literature and education), as a gift, a contribution, that he was obliged to pay as a debt.”  “He wrote a great deal,” noted M. Bursuk, “and he wanted to write even more, when he found himself among a circle of friends who encouraged him….  By nature he possessed nothing less than a juicy and folkish language, and if in the first years he used a great many Germanisms, this was under the influence of A. Vermont and Y Liakhovitski who believed that the more German expressions one inserted into Yiddish, the more literary it would become….  Not once did Sinai recount this as a curiosity from a bygone era….  The last thirteen or fourteen years, he was employed by the YIVO archive.  A fitting person for a fitting place, because what Sinai lacked in writing, he had in memory—he truly enjoyed his work at YIVO, and he considered the Scientific Institute [YIVO] to be a second home, and he thus spent all his time there.”