ARN SINGALOVSKI (1889-October 7, 1956)
Also known by the pen name Arn Tshenstokhover, he was born in or around Lenin, near Mozir (Mozyrsky Uyezd), Byelorussia, into a well-off family.  In his youth he lived in Kovno, where he prepared to enter high school.  There he became attracted to Zionism and published a hectographically produced leaflet Hatsiyoni (The Zionist).  At the time of the first Russian Revolution (1905), he was exceedingly popular (under the name: Arn Tshenstokhover) as one of the finest speakers in the Zionist Socialist Party.  He also wrote for the newspapers that served as organs for the party.  In 1909 he left for Germany, where he completed his degree in law, and he later studied in Switzerland and received a second doctoral degree in philosophy.  In the university cities of Germany and Switzerland, he was one of the leaders of the Jewish national radical movement, and he gave speeches on various social and political themes, as well as on Yiddish literature.  He wrote for Fraynd (Friend), later Dos leben (The life), as well as in Russian and other non-Jewish newspapers and periodicals.  He wrote articles about Jewish student youth and feature pieces on the trends toward assimilation among Jewish students.  He was one of the leaders of the Zurich conference of Eastern European Jewish students and one of the founders of the so-called “Zurich Association.”  He also wrote for general German and German-Jewish periodicals on cultural and social issues and on Yiddish literature.  In 1919 he was editor of the first Yiddish weekly newspaper in Berlin, Der fraytog (Friday)—among its contributors were Dr. Zeligman, Dr. Harash, Zalmen Shneur, and Shmaryahu (Shemarye) Gorelik, among others.  He fought in the German press against the persecution of Eastern European Jews by both the government and the official German-Jewish institutions.  In 1921 Dr. Singalovski was lured to administrative work for ORT (Association for the Promotion of Skilled Trades).  He then assumed his new activities as a life mission.  He became the great practitioner of the idea of moving Jews without any fixed employment into constructive labor.  He visited numerous Jewish communities in Europe, America, Soviet Russia, and South Africa.  In various countries, he established technical schools, workshops, and the like for Jewish youth and for adults.  He edited the ORT journal Di erdarbet (Agriculture).  He published the pamphlets: Di farshpreytung fun melukhe un erd-arbeyt tsvishn yidn (The distribution of trades and agriculture among Jews) (Berlin: ORT, 1921), 42 pp.; Tsentraler “ort” institut tsum oysbildn fakhshul-instruktorn un onfirndikn administrativn personal (Central “ORT” institute for educating trade school instructors and managing administrative personnel) (Geneva, 1946)—Yiddish, 13 pp., English, 10 pp.; among other works.  His articles were spread through many different periodicals in various and sundry countries.  He was one of the finest speakers among the Jewish people.  He enchanted his listeners with what he was not supposed to speak about.  He died in Paris and was buried in Switzerland, close to Geneva.  As A. Glants-Leyeles wrote of him:

He was an extraordinarily gifted and effective speaker.  His speaking ability was evinced very early on, when he was still a boy of roughly eighteen or nineteen.  At that time in the former Tsarist empire, he was a member of the [Zionist] Socialist Party, and he aroused Jewish laborers with the strength of his oratory.  At that time (1906-1908), his party was a major force among the awakened Jewish cobblers, tailors, furriers, as well as the yeshiva boys, business employees, and others….  The Zionist Socialists were indebted to a great extent for their influence and impact to the considerable number of intellectuals who were counted among the leading figures in the party.  From these intellectuals, over the course of time, there emerged theorists, leaders, creators in a whole range of fields—literature, history, science, social economics—in all branches of our multifaceted culture….  Arn Singalovski was one of the fruitful and creative personalities.  A cultured man, a community leader, speaker and writer of more than ordinary caliber. 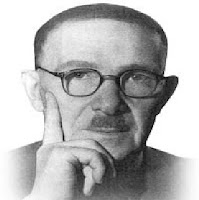