GENYE (GENIA) SIKES (March 3, 1914-November 17, 1984)
She was born in Brisk (Brest), Lithuania, the sister of Avrom Silkes.  After completing the Yiddish-Hebrew public school in Brisk, she graduated from the Jewish teachers’ seminary in Vilna in 1931.  From 1932 until WWII she was employed as a teacher at secular Jewish schools in Warsaw.  In the Warsaw Ghetto she participated in the illegal schools and in the archive collections.  For a time she lived on the Aryan side of the city and did rescue work.  At the time of the ghetto uprising (April 1943), she took part in the fighting at Muranów Place.  Later, when the Nazis led her off to be killed, she leapt from a moving train, hid in the surrounding woods, and then returned to Warsaw where she was at the time of the Polish uprising of 1944.  In 1945 she worked in the Jewish Historical Commission in Lodz and in the school and educational institutions for Jewish children in Poland.  From 1949 to 1956, she lived in Paris.  There she worked as a teacher and for a short time as secretary for the YIVO committee (to assemble and put in order their archives and the like).  She then moved to the United States.  She traveled around on assignment for the Groyser verterbukh fun der yidisher shprakh (Great dictionary of the Yiddish language).  She began publishing in the Yiddish press with articles in Tsisho (Central Jewish School Organization) publications in Warsaw in 1937.  From 1945 she published articles and memoirs on Holocaust-related topics and the theme of Jewish children under the Nazis, and the like, in: Dos naye lebn (The new life) in Lodz, a series of articles entitled “Dos yidishe kind in di khurbn-teg” (The Jewish child in the days of the Holocaust); school publications from the central committee of Polish Jews (Warsaw-Lodz); Tsu hilf dem lerer (Aid for the teacher) and Folksgezunt (People’s health) in Paris; Nayvelt (New world), Dapim (Pages), and Davar (Word), among other serials, in Tel Aviv; Dorem-afrike (South Africa) in Johannesburg; Megilot (Scrolls) in Jerusalem; Tsukunft (Future), Tog-morgn-zhurnal (Day-morning journal), and Folk un velt (Nation and world), among others, in New York; Lerer yizker-bukh (Remembrance volume for teachers) (New York, 1954); and Entsiklopedye fun yidishn dertsiung (Encyclopedia of Jewish education) (New York, 1957).  She died in New York. 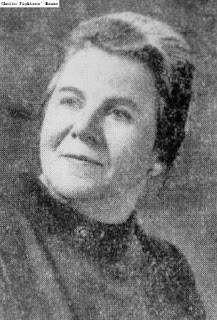