ZELIG (ZELIK) MAZUR (November 25, 1913-September 1970)
He was born in Kartuz-Bereze (Kartuz-Bereza), Grodno district, Russian Poland.  He was orphaned in early childhood and until age thirteen was raised on his own and in an orphanage in Brisk (Brest).  From his youth he demonstrated a proclivity to write, draw, and act.  At age twelve he put out a hectographically-produced children’s magazine Shtendlekh (Stems), and he adorned it with his own drawings.  He debuted in print in Kleyne folks-tsaytung (Little people’s newspaper) in Warsaw (1928) with an article on life in the Brisk orphanage.  In 1931 he made his way to Argentina and lived in Rosario, Santa Fe Province, where he worked as an employee of a grain merchant.  In 1935 he took part in the competition to compose something for children in Di prese (The press) in Buenos Aires, and his short story, “Di zun, der regn un der vint” (The sun, the rain, and the wind), won first prize.  He published short stories and poems for children for the children’s page of the newspaper.  Using the pen names D. Vayts, Z. Hershlzon, Z. Feyglson, Moyshe Koze, and Moyshe Barg, he published stories, travel impressions, and articles in: Undzer fraynd (Our friend), Kinder-fraynd (Children’s friend), and Folksblat (People’s newspaper) in Montevideo; Kinderland (Children’s land) and Der shpigl (The mirror) in Buenos Aires; Kinder-zhurnal (Children’s magazine) and Morgn-zhurnal (Morning journal) in New York; Idishe kuryer (Jewish courier) in Chicago; and Vokhenblat (Weekly newspaper) and Foroys (Onward) in Mexico City; among others.  A number of his works for children were translated and published in Hebrew and Spanish.  From 1939 he was living in Buenos Aires, where he founded the illustrated monthly children’s magazine Argentiner beymelekh (Little Argentinian trees).  His books include: Yoseles shtiferayen, kinder-mayselekh (Joseph’s pranks, children’s stories) (Buenos Aires, 1947), 238 pp., with drawing by Khayim Sokolovski; and Farges mikh nisht, kinder-lider (Don’t forget me, children’s poems) (Buenos Aires, 1950), 125 pp., some with music, with illustrations by Moyshe Faygenblum, Khayim Sokolovski, Jakob Granat, and others.  Mazur’s stories and poetry were written particularly for young children, so that one would have to read them to them.  In the autumn of 1961 he visited Mexico and was warmly received by local Jewish cultural circles.  He died in São Paolo, Brazil. 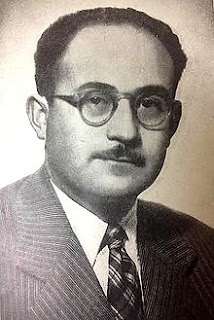