TSVI-HIRSH MASLYANSKI (ZVI-HIRSCH MASLIANSKY) (May 16, 1856-June 11, 1943)
He was born in Slutsk, Minsk district, Byelorussia.  Until age five he was mute, but thereafter he began to speak.  At age seven he had already acquired a name for being a brilliant child, with a marked inclination for preaching before people.  At age twelve he went to study in the Mirer Yeshiva.  At age fourteen he lost his father and went to study in Paritsh with the local rabbi, Yekhiel-Mikhl Volfson, author of the text Sefat hayam (Edge of the sea).  Around 1875 he arrived in Pinsk and worked thereafter as a teacher in the Talmud-Torahs of Pinsk and Karlin.  In 1881, after the pogroms and the Tsarist decrees against Jews, he began his work as a preacher and with time became a well-known sermonizer, first in Pinsk where he exerted an influence of Pinsk youth, among whom was the subsequent first president of the state of Israel, Dr. Chaim Weitzman.  Maslyanski also traveled around the cities and towns of Pinsk district, giving sermons about Ḥibat Tsiyon (Love of Zion).  It so happened that, due to a denunciation, he was arrested in the town of Noblye (?), near Pinsk, but his numerous followers persuaded the authorities to release him.  In 1887 he and the members of his household settled in Ekaterinoslav.  There, he also took up teaching and spoke in synagogues on the Sabbaths and holidays.  Together with Menakhem-Mendl Usishkin, he founded there a division of the illegal Zionist organization “Bene Tsiyon” (Children of Zion).  Sent by this organization, he made a professional voyage through the major Jewish communities in Russia.  He was such a big success in Odessa that Moshe-Leib Lilienblum, Aḥad-Haam, and Dr. Leo Pinsker proposed to him that he completely leave his teaching position and take up professional campaigning for the movement.  Maslyanski accepted the suggestion and undertook a speaking tour through southern Russian, Lithuania, Zamut, Courland, Bialystok, Warsaw, and Lodz, where he was arrested by the Tsarist gendarmerie, but the rabbi of Lodz, R. Elye-Khayim Mayzel, interceded on his behalf, and he was set free.  In 1895 he left Russia.  He traveled to Western European communities, spoke in Königsberg, Memel, Berlin, Rotterdam, London, Leeds, Manchester, Antwerp, Amsterdam, and Paris, and then set off for the United States.  His name so far preceded him in America that, when he went to give his first sermon at the Bet Midrash Hagadol in New York, he encountered in the surrounding streets such an immense crowd that the police had to carry him into the synagogue by hand.  A little later, he worked out a plan to strengthen Judaism in America which he presented to the Educational Alliance on New York’s East Side.  His program consisted of: “Americanize the older among the Jewish immigrants and enhance the Jewishness of their children.”  Jacob Schiff and Louis Marshall came to the East Side to hear him make his case.  Maslyanski’s program struck a chord with them, and from 1898 he was employed as a speaker for the Educational Alliance, where he would for decades on Friday evenings give his sermons.  He was the “national preacher” in America as well.  He began writing while in Russia, in 1881, for Haboker or (Morning’s light), edited by A. B. Gotlober, Hamelits (The spectator), and Hatsfira (The siren).  With the assistance of Louis Marshall, Friedrich Stein, and Cyrus Sulzberger, in 1902 he founded the major daily newspaper in Yiddish and English, Di idishe velt (The Jewish world), with M. Bukanski as the editor of the Yiddish division and Joseph Jacobs of the English.  After two and one-half years, the newspaper had to close down because of disputes with his Westernized Jewish partners.  Maslyanski also contributed to in New York to Morgn-zhurnal (Morning journal).  In book form, he published: Maslyanskis droshes fir shabosim un yamim-toyvim (Maslyanski’s sermons for Sabbaths and holidays) (New York, 1908-1909), 3 vols., appearing later in various editions, and in an English translation by Edward Herbert as Sermons (New York: Hebrew Publishing Company, 1926), 345 pp.; Moyshe veyisroel, eyne fun di fortrege fun dem ṿelt-berihmten folks redner (Moses and Israel, one of the sermons of the world-famous speaker) (New York, 1899), 30 pp., with an introductory poem in Hebrew by Yitsḥak Rabinovits of Kovno.  On Maslyanski’s talent and impact, there was published the booklet Hayitshari (The determined one), published by his adherents Moyshe Zablotski and Yoysef Mazel (Manchester, 1895), 71 pp., including a biographical sketch of Maslyanski, written by Zablotski, and a series of letters, poems, and florid language to his honor, concerning which the Hebrew press had earlier made known; among other personalities: R. Isaac Elchanan, R. Shmuel Mohilever, Yitskhok-Yankev Vaysberg, Y. L. Gamzu, and others.  He made a trip to the land of Israel in 1921, and his impressions were published in Morgn-zhurnal.  In 1924 he published Maslyanskis zikhroynes, fertsig yor lebn un kamfn (Maslyanski’s memoirs, forty years of life and struggles) (New York), 365 pp., which began with childhood and ended with his notes (in the form of a diary) of his trip to Israel.  This volume included a preface, in the form of a letter, by Ruvn Brainin.  He also published three volumes in Hebrew, Kitve maslyanski (Maslyanski’s writings) (New York, 1929), vol. 1, 335 pp., vol. 2, 306 pp., vol. 3, 298 pp.  He died in Brooklyn.  Thousands of Jews attended his funeral.  The Jewish Theological Seminary in New York established a fund on the centenary of his birth: “Zvi Hirsch Masliansky Award in Homiletics.” 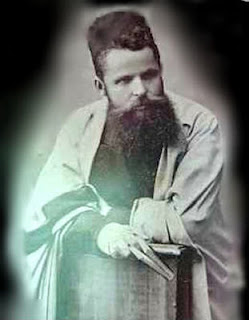