AVROM-YANKEV MANSDORF (KELMOVITSH) (January 12, 1902-July 9, 1955)
He was born in the village of Balice, Kielce district, Poland, the son of the Balice innkeeper, Ayzik Kelmovitsh.  He studied with itinerant teachers and for a short time in a yeshiva.  In 1912 he moved with his parents to Lodz, and there he became a metal worker, was drawn into the Jewish labor movement, and became active in the Bundist youth organization “Tsukunft” (Future).  He began acting with a drama circle [also] known as Tsukunft.  Later, under the adopted name of Mansdorf, he became known both as an actor and as a writer.  Over the years 1920-1925, he studied in drama school (under the direction of Dovid Herman and Dr. Mikhl Vaykhert) in Warsaw and thereafter acted in the variety theater Azazel.  In 1927 he became a member of the Vilna Troupe.  In 1933 he came with the Vilna Troupe on tour to Paris, and there he was one of the initiators of PIAT (Parizer yidisher arbeter-teater [Paris Yiddish workers’ theater]).  In 1936 he set off for Soviet Russia and traveled around there with Yiddish troupes.  In 1944 he played in Czernowitz and Bucharest, where in 1945 he was one of the founders of the Bucharest Yiddish Theater.  In 1947 he received from the Romanian government a golden medal “for services on behalf of the artistic theater.”  That year, 1947, he again travelled to Paris, where he directed the theater of IKUF (Jewish Cultural Association) and a drama school attached to the theater YIKUT (Yiddish Art Theater), and he gave poetry recitals in the Jewish communities of France and Belgium.  In 1949 he made his way to the state of Israel, where, together with a number of actors among the Holocaust survivors, he founded “Teatron amami” (National theater).  In 1953 he departed for a tour of South Africa and Rhodesia, and there in the city of Bulawayo, he died of a heart disease.  In addition, Mansdorf wrote essays and articles, mainly concerned with theatrical issues, in Literarishe bleter (Literary leaves) in Warsaw and thereafter in numerous Yiddish-language newspapers and magazines.  Concerning Mansdorf, the following works appeared in print: Draysik yor teater-gang fun yankev mansdorf (1924-1954) (Thirty years of the theatrical course of Yankev Mansdorf, 1924-1954) (Johannesburg: Jacob Mansdorf Jubilee Committee, 1954), 23 pp.; and (posthumously) an anthology entitled Yankev mansdorf un zayn dor (Yankev Mansdorf and his generation), edited by Mark Dvorzhetski, M. Tsanin, and Ruvn Rubinshteyn (Tel Aviv, n.d.), 264 pp., in which may be found treatments of Mansdorf and of works by him. 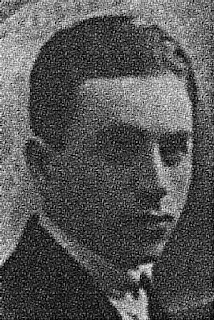