BENTSIEN MOZER (YANKEV HERTSOG) (September 27, 1887-March 1975)
He was born in Yagelnitse (Jagielnica), Galicia, to a father who was a retailer.  Until age eighteen he study in a yeshiva, later leaving to study in the Czernowitz technical school and in the Vienna business academy.  He subsequently joined the Labor Zionist Party and was secretary of the trade union movement in eastern Galicia.  He published stories and sketches in: Togblat (Daily newspaper) which was edited by Moyshe Kleynman and Yudisher arbayter (Jewish worker) in Lemberg; Tog (Day) in Cracow; Ilustrirte tsaytung (Illustrated newspaper), using the pen name Beni; and for a variety of “Calendars.”  In 1918 he edited Dos folksblat (The people’s newspaper) and Di geverkshaft (The labor union) in Lemberg, while a correspondence piece of his from Lemberg was published in New York’s Tsayt (Time) on July 4, 1921.  That same year of 1921, he left for the United States, where for many years he worked as a teacher in the children’s schools of the International Labor Order in New York, Los Angeles, and other cities.  He published principally in the Communist press: stories, reportage pieces, and children’s tales.  For a short time he abandoned the leftist schools and became a teacher in the Workmen’s Circle schools, before returning to the Labor Order schools.  He later went on to publish in Morgn-frayhayt (Morning freedom).  He lived in California and then died in New York.  His books include: Der bal-tshuve (The penitent), “a one-act play from wartime” (Brun-Vienna: Hikel, 1918), 32 pp.; Eyner a mentsh un andere noveln (A certain person and other stories) (Lemberg: S. Minder, 1919), 96 pp.; translations of Hans Christian Andersen, Der gan-eysen un andere mayselekh (The Garden of Eden and other stories (Lemberg: Arbayt, 191?), 19 pp.; Beni, kinder-roman (Beni, a novel for children) (New York: Umparteyishe idishe arbeter-kinder-shuln, 1930), 190 pp.  He was also preparing for publication a volume entitled: Afn rand fun der tsayt (At the edge of time). 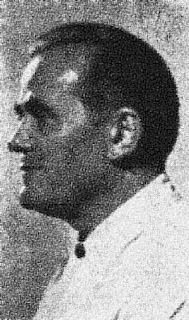