BENYOMEN-VOLF ZEGEL (BINJAMIN W. SEGEL) (1866-March 31, 1931)
He was born in the village of Lopushnia, near Rohatyn, eastern Galicia, into a family of Jewish land owners.  He studied in the Berzhaner Synagogue and with the rabbinical judge in Stryj.  In 1892 he moved to Lemberg, and he went on to study philosophy, natural science, literature, and art history at the Universities of Lemberg and Berlin.  From his early years he was consumed with collecting Jewish folksongs, sayings, and folktales.  He began his writing activities with stories that he published in Folks-fraynd (Friend of the people) in Kolomaye (1890), and thereafter, in addition to stories, he published bibliographic notes and articles on the Jewish folksong, biographies of famed writers, and the like in: Literarishe togblat (Literary daily newspaper), Drohobitsher tsaytung (Drohobycz newspaper) (1906), and Der tog (The day)—in Cracow; A. Kleynman’s Kalendarn (Calendars) in Lemberg; and Avrom Reyzen’s Eyropeishe literatur (European literature); as well as in Hatsofe (The spectator) in Warsaw and other Hebrew periodicals.  He later wrote primarily in German and Polish, publishing a great deal on ethnography and folklore in the journals: Am Urquell (At the source) (1889-1891), Globus (1891-1892), Wisła, miesięcznik geograficzno-etnograficzny (Vistula, geographic-ethnographic monthly) (1894), Archives Israélites, and others.  Among other materials, he also published numerous Jewish tales, collected from the mouths of the people, tales about the blood accusation (the last of these was included in a book by Professor Hermann Strack, Der Blutaberglaube bei Christen und Juden [The blood superstition among Christians and Jews], 1891).  Of his more important works, we should note a Polish study on “The materials for ethnography of eastern Galician Jewry” which includes a large collection of sixty Jewish folktales, songs, remedies and cures, sayings, and the like.  He participated closely with Ignatz Berstein work, Yudishe shprikhverter un redensarten (Jewish sayings and proverbs) (Warsaw, 1908), for which he assembled and revised the portion dealing with Galicia.  He also contributed to Noyekh Prilucki’s folkloric publications in Warsaw.  He was for many years (1895-1907) a contributor to: Israelita in Warsaw, in which he published treatises on general Jewish and specifically Talmudic sayings with notes appended to the texts; to Ost und West (East and West) in Berlin; and to Weiner Morgenzeitung (Vienna morning newspaper), in which he published series of Jewish folktales with historical and philological notes, editorials, as well as monographs and obituaries for Yiddish and Hebrew writers and scholars.  He was the author of a number of books in German: Der Wald: Schauspiel in vier Aufzügen (The woods, a drama in four acts) (Berlin, 1914), 112 pp.; Morija und Golgotha (Moriya and Golgotha), a polemical pamphlet (Berlin, 1915), 24 pp.; Der Weltkrieg und das Schicksal des jüdischen Volkes (The world war and the fate of the Jewish people) (Berlin, 1915), 144 pp.; Die polnische Judenfrage (The Polish Jewish question) (Berlin, 1916), 160 pp.; Rumänien und seine Juden (Romania and its Jews) (Berlin, 1918), 2 vols.; a novel about “Judgment Day” (1920); Philosophie des Pogroms (Philosophy of the pogrom) (Berlin, 1923), 55 pp.; Bolschewismus und Judentum (Bolshevism and Judaism) (Berlin, 1923), 84 pp.  Segel was considered the person responsible for uncovering the forgery of the Protocols of the Elders of Zion.  He discovered that the author of the Protocols was a Russian anti-Semite named Sergei Nilus and that the Protocols appeared first in Russian (Paris, 1903-1905) and were later translated into other languages.  He clarified all this in his book: Die Protokolle der weisen von Zion kritisch beleuchtet (Critique of the Protocols of the Elders of Zion) (Berlin, 1924), 233 pp.  He also contributed to the liberal German press with articles opposing anti-Semitism.  He translated into German a number of works from Hebrew and Yiddish literature.  He wrote under such pen names as: Bar-Ami, B. Sifra, Lektor, B. Mirsh, A. Ben-Ezra, B. Volf, Dr. S. Shiffer, B. Rohatyn, and others.  Until 1930 he lived in Berlin, thereafter settling in Częstochowa.  He died in Bad Piestany. 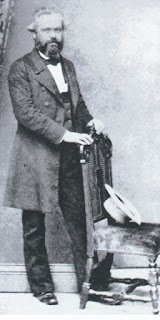