(NOSN-) DOVID HERMAN (June 1876-May 8, 1937)
He was born in Warsaw, Poland, into a well-off, Hassidic family.  His father was a businessman in antiques.  He studied in religious primary school and in synagogue study hall, but at age fifteen he interrupted his studies, became a socialist, learned to make boots, and turned his attention to self-study of secular knowledge.  In 1893 he joined a circle of Warsaw followers of the Jewish Enlightenment who assembled around the preacher at the Warsaw synagogue, Yitskhok Dilkov.  This group sent Herman to study in Cracow, where he grew close to Yiddish and the Yiddish theater.  After returning to Warsaw, he studied directing at a drama school, began making public recitations from Polish and Yiddish literature, and on his own wrote in Hebrew and Polish.  When he later became an active leader of the Bund—his party name was Pan—he switched entirely into Yiddish.  From 1906 he was active in the realm of improving Yiddish theater which, through his work over the course of thirty years, he established at the highest artistic level.  In 1903 he organized a drama circle which (1907) staged Perets’s S’brent (It’s burning) and Shvester (Sister), Sholem-Aleykhem’s Mazl tov (Congratulations), and Sholem Asch’s Mitn shtrom (With the current).  He was also involved with Hirshbeyn’s theater (1908) as a director and actor.  For a time he lived in Vienna where he (with Egon Brekher) organized a troupe and staged in German the work of Dovid Pinski, Asch, and Perets.  After returning to Russia, Herman—together with Perets and Dr. A. Mukdoni—founded the first Yiddish drama school in Poland.  Over the years 1907-1917, he was a teacher of the Yiddish language and literature and Jewish history in a Polish Jewish high school in Warsaw.  In later years he directed the finest dramatic works of Yiddish literature, as well as plays by Gentile playwrights.  Under his direction and thanks to his efforts, there was staged in Warsaw for the first time (1920-1921) Der dibek (The dybbuk) by Sh. An-ski, which later became a standard part of the repertoire of the Yiddish and Hebrew stage.  He was also the founder and for a time the director of the revue theater “Azazel” in Warsaw.  He became especially well-known for his interpretation of Perets’s Goldene keyt (Golden chain).  He published articles on Yiddish theatrical issues and Yiddish literature in: Oyfgang (Arise), Folkstsaytung (People’s newspaper), and Vokhnshrift far literatur (Weekly writings on literature), among other serials in Warsaw.  He also adapted and prepared for the stage various works from Yiddish literature, among them Ludvig Levinson’s Di vayberishe kniplekh (The wives’ nest eggs).  He was the author of several plays, discovered after his death in manuscript, among them: Heylike zind (Divine sin), a drama in three acts, which he signed “Ish Khosid” (a Hassidic man); Oy, di kunst, di kunst (Oy, the art, the art), a comedy in three acts; Nekome (Revenge), a drama in three acts, signed “Dovid Sures.”  He translated into Yiddish: Ertsiung (Education), a scene from life in one act (Warsaw, 1904), 24 pp.; Lastmi and Rase (Race) by Jan Fabricius—both dramas of five acts.  He translated into Polish Der nisoyen (The temptation) by Yankev Preger.  In 1931 he moved to the United States—he wife joined him later—to be the director of the New York “Free Jewish People Theater.”  He staged H. Liberman’s Der neyder (The vow) and Kh. Gotesfeld’s Mekhutonim (In-laws).  He rapidly became ill and died. 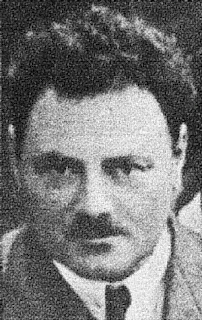