YOYSEF GOLDKORN (July 11, 1912-September 23, 2000)
He was born in Wolbrom, Poland.  He studied in religious elementary school, yeshiva, and a secular school.  In 1926 he moved to Sosnovits (Sosnowiec).  From Poale Agudat Yisrael (Agudat Israel workers), he switched to the Communists.  During WWII he was in Soviet Russia.  In 1946 he moved to Katowice, in 1964 to Warsaw, and in 1968 to Israel.  He began writing in 1935 political articles in illegal and semi-legal publications in Yiddish and Polish.  Later, he published reportage pieces, current events essays, and articles in Dos laye lebn (The new life) in Warsaw and Lodz, Folks-shtime (Voice of the people) in Warsaw (from 1952 he was on the editorial board), Letste nayes (Latest news) in Tel Aviv (from 1969 he served on the editorial board), Bay zikh (On one’s own), Folk (People), and Velt un medine (World and nation) in Tel Aviv, among others.  In book form: Umgleyblekh un dokh…reportazhn (Unbelievable and yet…, reportage pieces) (Tel Aviv: Leivik Farlag, 1981), 240 pp.; Aliyato unefilato shel haiton hayehudi harishon bepolin: “Dos naye lebn,” 1945-50 (Rise and fall of the first Jewish newspaper in Poland: Dos naye lebn, 1945-50) (Tel Aviv: Tel Aviv University, 1993). 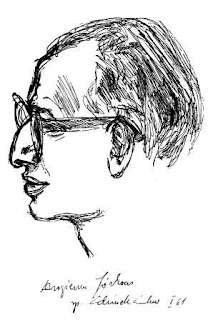